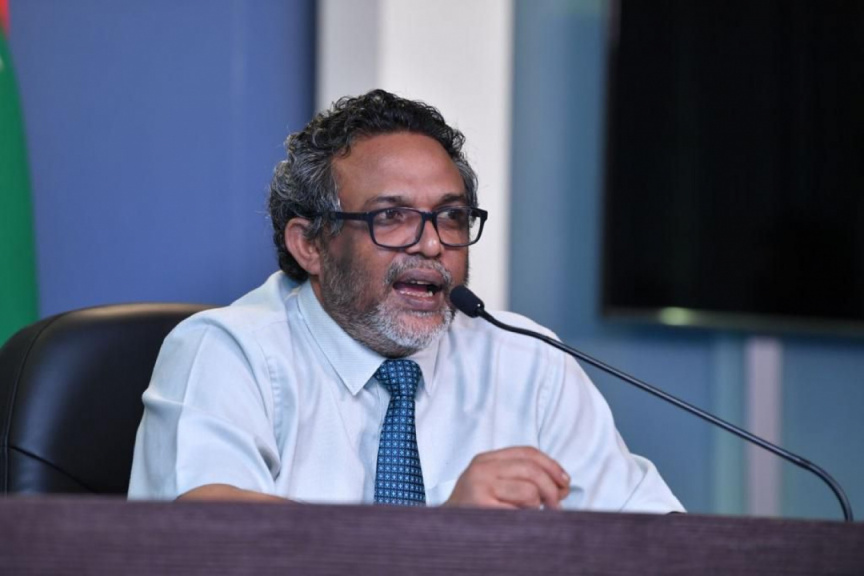 Asset Recovery Commission’s President Ahmed Assad said on Thursday that some of the beneficiaries in the MMRC graft scandal have converted the embezzled funds to assets.

In a press conference at the President’s Office on Thursday evening, Assad said that the commission has hope of recovering some of the missing funds.

He said that some of the funds have been converted to physical assets, which can be repossessed by the State.

“We have found that a considerable amount of the corrupt and illegal money that circulated within Maldives have been converted to assets. Therefore, we have something we can get to recompense,” he said.

Assad said that the chances of recovering the funds which have not been converted to assets but have been “eaten up” will be far narrower.

“If it’s eaten up, the person may be detained. But the chances for recovery will be small. But the hope [for recovery] is that the funds have been converted to assets,” he said.

However, Assad did not say how much the commission expects to be able to recover.

37 uninhabited islands and 12 lagoons have been linked with the MMPRC graft case, the biggest embezzlement scandal to hit Maldives in its recent history.

Assad said on Thursday that all 37 islands and 12 lagoons were awarded illegally, and that the State would have received at least MVR 3.4 billion if the islands and lagoons had been sold at market value.

He said that the number of suspected beneficiaries of the embezzled funds now reaches 300 people.

He said that 30 of the cases are under investigation, out of which five will be taken to court “within the next few weeks”.