2 injured in 2 assaults in Hulhumale’ 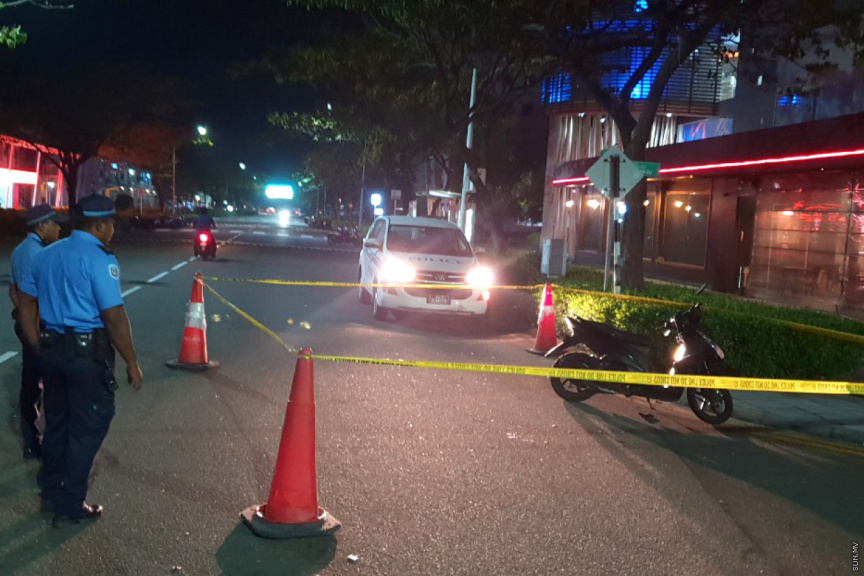 Police cordon off the area in front of Centro Mall in Hulhumale' where an assault took place on January 13, 2019. (Sun Photo/Ahmed Mujthaba)

The two victims have been identified by Aasandha Company as a 28-year-old man and a 23-year-old man.

The 23-year-old suffered only minor injuries and was discharged after treatment at the Hulhamele’ Hospital.

A media official at Maldives Police Service said the agency received report of a fight in front of the Centro Mall at ten minutes past midnight.

“The fight took place near the Centro Mall in Hulhumale’. The injured man was taken to Hulhumale’ Hospital,” said the media official.

The MPS has not disclosed information regarding any arrests in connection with the fight.

‘Sun’ has been informed the man injured in the fight in front of Centro Mall is the 28-year-old currently in IGMH with head injuries.

Meanwhile, the 23-year-old was reportedly attacked as he drove his motorbike past the flats 122-125. He lost control on the vehicle and sustained the injuries when he crashed into a car.