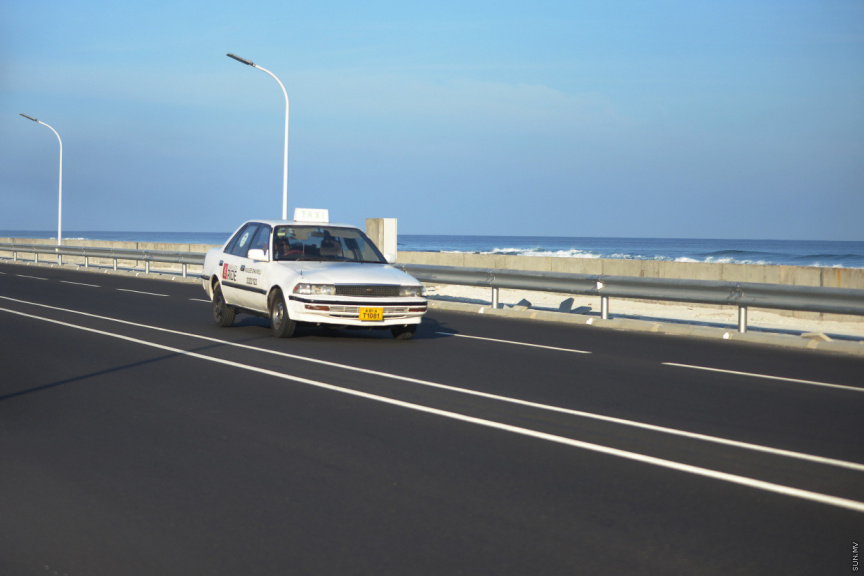 A taxi heads from Hulhumale' to Male' City. (File Photo/Sun)

Transport Authority officials will go undercover to investigate the problem of taxis overcharging clients for trips over the Sina-Male’ Bridge, says Minister of Transport and Civil Aviation.

Cases of taxis charging over the limit set by TA surfaced from day one after the Sina-Male’ Bridge between Male’ City and Hulhumale’ opened.

‘Sun’ reached out to Minister of Transport and Civil Aviation, Aishath Nahula for a comment on how the government plans on addressing the issue.

Nahula said the government has decided to first send officials from the TA undercover to investigate the issue, and penalize taxis which violate the official rates.

She did not disclose any details.

A passenger who refused to pay above the set rate was left stranded by a taxi as recent as this month. TA has promised to investigate the case and take necessary action.

Missing dinghy with 2 onboard located