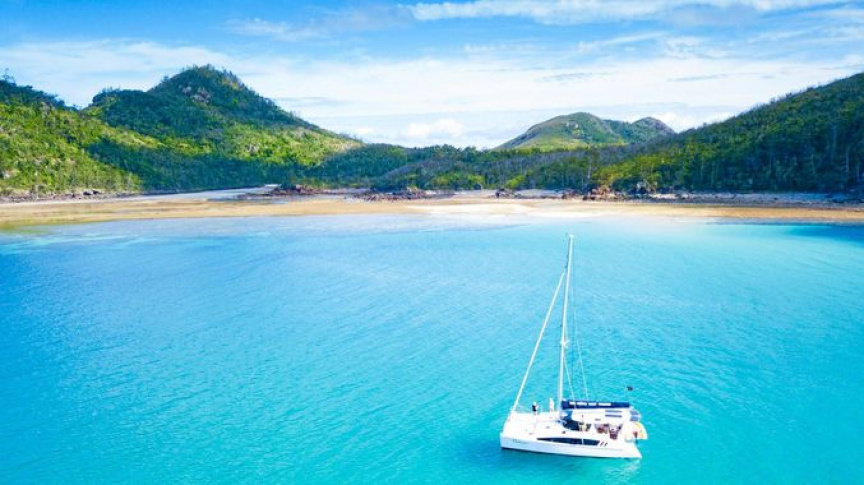 BRISBANE, Australia (AP) — A shark has killed a man near an island harbor on Australia's Great Barrier Reef where two tourists were attacked on consecutive days in September, officials said.

The 33-year-old tourist suffered "significant leg and wrist injuries" when he was attacked while paddleboarding near Cid Harbor on Whitsunday Island off the Queensland state coast on Monday afternoon, a Queensland Ambulance statement said.

The victim was taken by helicopter to the Mackay Base Hospital, 100 kilometers (60 miles) to the south, where his condition was listed as critical, Central Queensland Helicopter Rescue Service said in a statement.

He died in the hospital, a police statement said on Tuesday. Police have not released his name.

Whitsunday is the largest island in the Whitsunday Islands group, a major international tourist attraction popular with scuba divers and sailors where shark attacks have been rare.

The last shark attack in the Whitsunday Islands before the latest spate occurred on Feb. 13, 2010, off Dent Island when a 60-year-old woman survived severe lacerations to her buttocks and major blood loss.

On Monday, onlookers pulled the injured man on to a boat where he was treated by two off-duty doctors, a nurse and a paramedic from a nearby resort, rescue helicopter crew member Ben McCauley said.

The victim was resuscitated twice in less than 45 minutes before he could be taken to shore by boat and flown to hospital, McCauley said.

Australia has not experienced a fatal shark attack since 17-year-old Laeticia Brouwer lost her leg while surfing with her father off Esperance in Western Australia on April 17 last year.