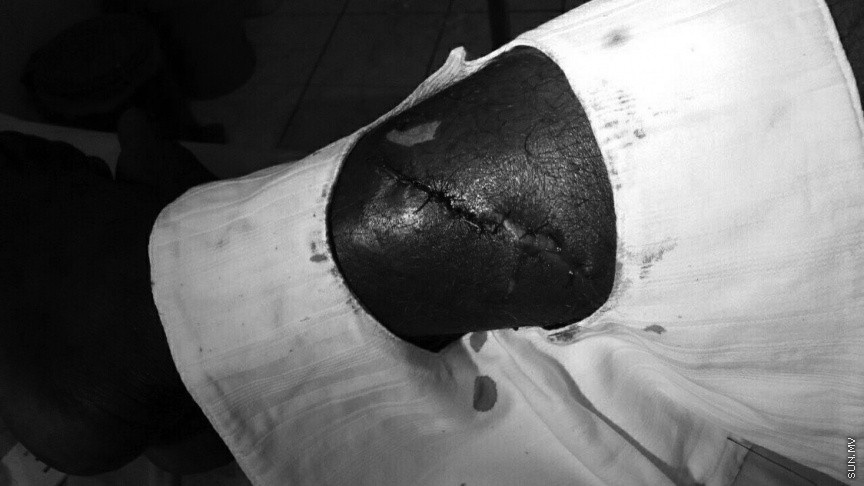 Fisherman injured in a shark attack off A. A.Madoogali on April 23, 2018. (Photo/Reader contribution)

A fisherman is being treated for a shark bite which he suffered while in the water off the coast of A. A. Madoogali to catch bait.

“Sun” has been informed the incident took place last Monday night, and that the fisherman was attacked by a tiger shark.

The fishing boat was out to catch yellowfin tuna when the incident took place.

Additional information regarding the shark bite victim is unclear at this point. However, “Sun” has been informed the fisherman suffered extensive injuries to his leg.

The fisherman is being treated at A. A. Ukulhas.

Tiger sharks are considered the most dangerous shark species to inhabit Maldivian waters. An adult tiger shark can grow up to 20 feet and weigh approximately 2,250 kilos. The shark is infamous among Maldivian fishermen.