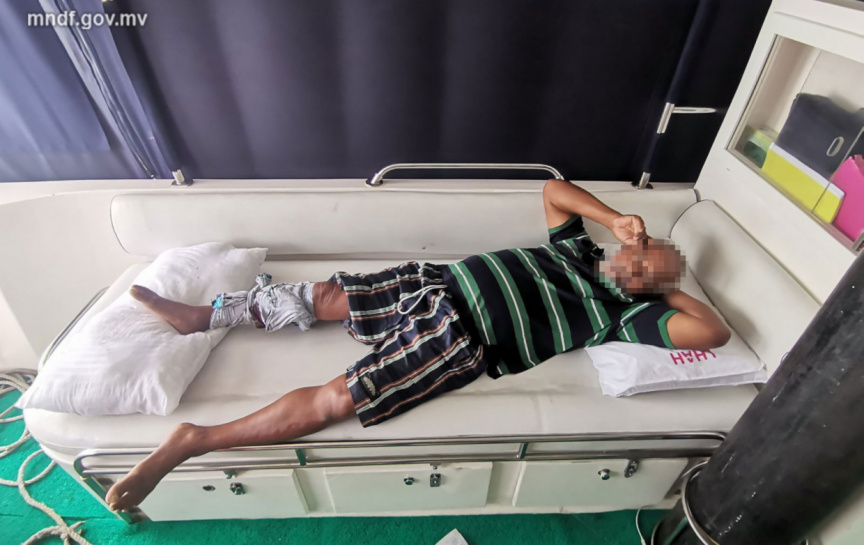 A fisherman who fell overboard sustained injuries on Tuesday, after he was attacked by a shark.

He was part of the crew of the fishing boat ‘Shanova’, which had been fishing near Lh. Olhuvelifushi at the time.

The incident was reported to the MNDF close to 11:00 on Tuesday.

“MNDF Northern Area Coast Guard Squadron assisted in transferring him to the hospital for further treatment,” said the MNDF.

Fishermen have repeatedly expressed concern over the increase in population of sharks in Maldives.