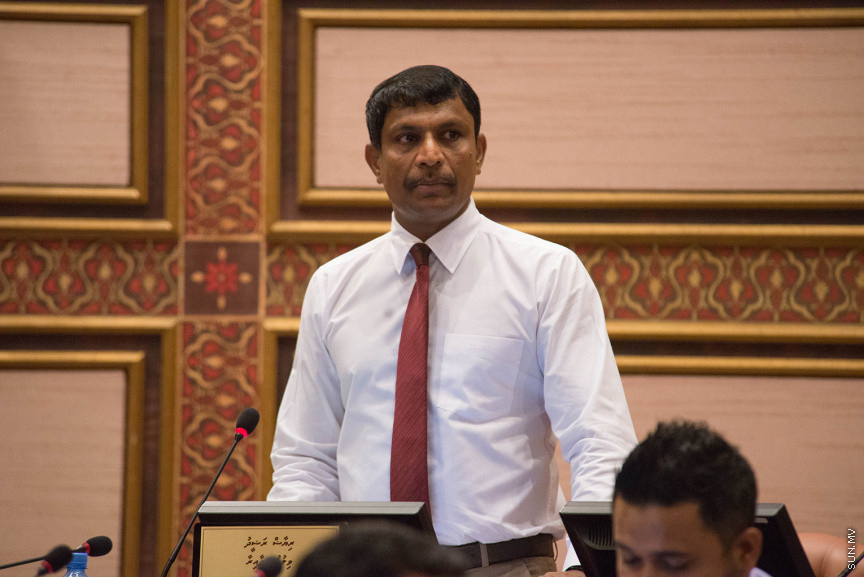 People’s Majlis has accepted the Bill submitted to abolish the Anti-Defection Act for considerations.

The Bill to abolish the law which disqualifies lawmakers for floor crossing was submitted by deputy leader of Progressive Party of Maldives (PPM)’s parliamentary group, Vilufushi MP Riyaz Rasheed.

Submitting the Bill, Riyaz Rasheed said the biggest reason for abolishing the Anti-Defection Act was the recent decision by Supreme Court to reinstate the 12 lawmakers who had their seats taken from them and their rights violated.

“Article 74 of the Maldivian Constitution clearly states the circumstances for disqualification of lawmakers. It’s clear this [Anti-Defection] Act is preventing lawmakers from fulfilling their obligations,” said Riyaz Rasheed.

He said disqualifying lawmakers for violating a party whip-line or the contents of a tweet was unacceptable.

“There will come difficulties. You should learn to face the ups and downs, resolve difficulties and move forward,” said Riyaz.

“Lawmakers aren’t the ones who are corrupt. How corruption took place and how corruption takes place – all this will come to light soon.”

Riyaz said he had concerns about the Anti-Defection Bill from the start, and that voting in favor of the Bill was the “biggest mistake of my life”.

He said neither the government nor the Supreme Court had any authority to violate the rights of the People’s Majlis.