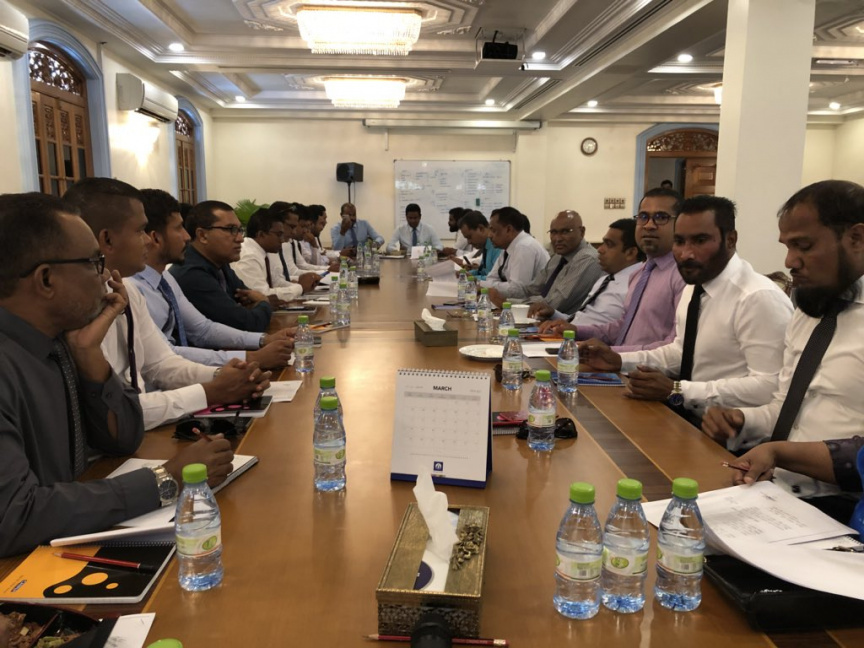 Lawmakers within the ruling party, Progressive Party of Maldives (PPM) have expressed concern over the party’s Anti-Defection Bill – designed to disqualify lawmakers for floor crossing.

PPM’s parliamentary group held a meeting at Muliaage this Wednesday. “Sun” has been informed through reliable sources some of the lawmakers openly protested against the Bill during the meeting.

A lawmaker who participated in the meeting reported to “Sun” the many of the lawmakers protested against multiple points in the Bill.

“Only about three lawmakers support the Bill in its entirety,” said the lawmaker.

The meeting was also attended by Attorney General Mohamed Anil.

Lawmakers will not be disqualified for violating a three-line whip or for disciplinary action taken by a political party.