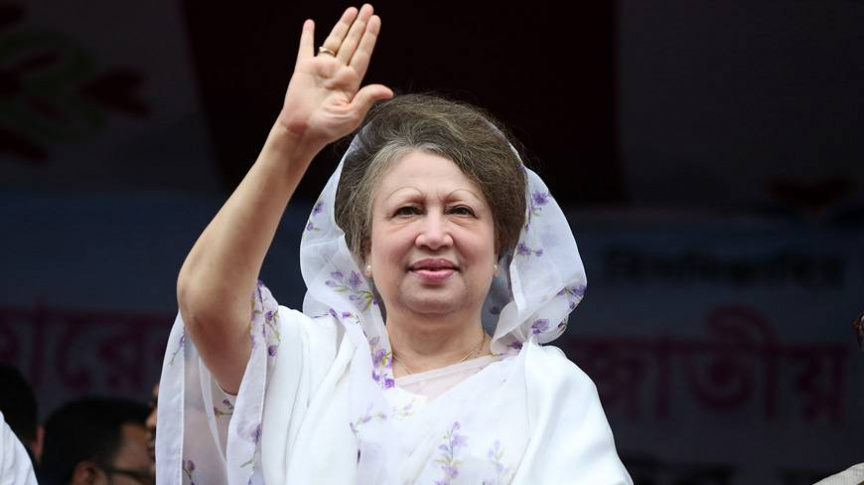 DHAKA, Bangladesh (AP) — Former Bangladesh Prime Minister Khaleda Zia was sentenced to seven years in jail on Monday after being found guilty of misusing her power to collect money for a charity named after her late husband.

Her supporters see multiple criminal cases against Zia and her party as attempts to weaken the opposition ahead of elections expected in December. The government says it has specific charges against those accused.

Zia's party immediately rejected the verdict and announced plans to demonstrate on Tuesday across the country.

Zia, 73, was absent from the filled courtroom in Dhaka and her lawyers also skipped the proceedings, saying they would not get justice. The Supreme Court earlier Monday rejected Zia's appeal to halt the verdict, which came seven years after the charges were filed by the country's Anti-Corruption Commission.

Zia is serving a five-year prison term in a separate corruption case and was transferred to a hospital earlier this month for what her party said were multiple medical problems. Her party says both cases are politically motivated.

Judge Md Akhtaruzaman found Zia misused her power while leading the government in 2001-2006 by collecting $375,000 from unknown sources for the Zia Charitable Trust Fund, named for Ziaur Rahman, the former military chief and president who was assassinated in 1981.

The judge sentenced three others, including a former political secretary of Zia, to seven years in jail each for collecting the money.

Mosharraf Hossain Kajol, a prosecution lawyer, said after the verdict that they were happy that the judge gave the defendants the highest punishment for the charges.

Zia faces more than 30 other cases pending in courts across the country, and her Bangladesh Nationalist Party says the cases are a misuse of government power as Zia's longtime rival, Prime Minister Sheikh Hasina, seeks a third consecutive term in the next elections.

Zia and her politcal partners boycotted the last general election in 2014, paving the way for Hasina to return to power despite protests and violence. Zia's main partner, the right-wing Jamaat-e-Islami party, a fierce opponent of Hasina, is attempting to regain its strength after the executions of its top leaders for war crimes during the 1971 independence war against Pakistan.

Zia's elder son, Tarique Rahman, who is the heir-apparent in a political culture of dynastic politics, has been in exile in London for years to avoid arrest. A court earlier this month sentenced him to life in prison in a 2004 grenade attack case.

A newly formed opposition alliance led by a prominent lawyer is demanding the resignation of Hasina and the formation of a neutral election-time government. But Hasina says she will head the government in line with the constitution to hold the elections. An election schedule is expected in the first week of next month. Zia's party is the main partner of the new alliance.