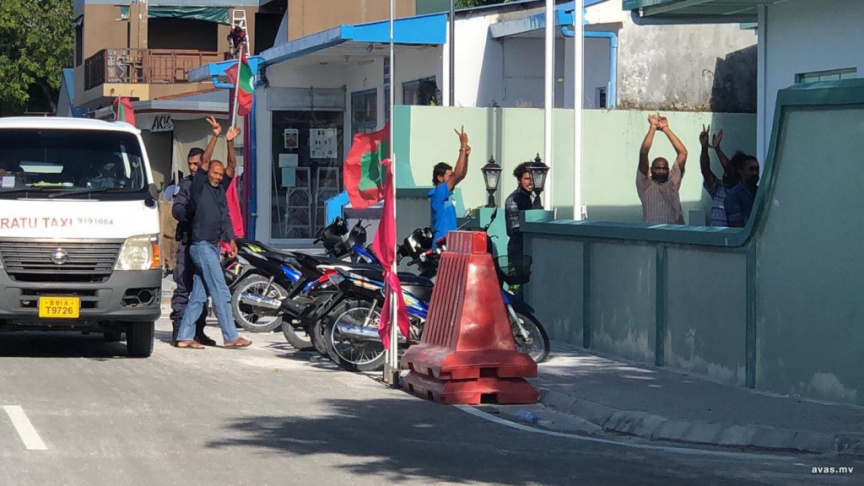 18 suspects arrested from G. A. Kolamaafushi attend a court hearing to review their detention at G. A. Vilingili Court on September 25, 2018. (Photo/RaajjeTV)

The 18 suspects accused of vandalizing the Progressive Party of Maldives (PPM) center at G. A. Kolamaafushi have been released from detention by the G. A. Vilingili Court.

The 18 suspects were arrested on September 18, ahead of the presidential election, and remanded to 15 days in detention.

Attorney Ahmed Nazim Abdul Sattar has confirmed the 18 suspects have been released from detention following a petition filed to review their detention.