President: A380 planes will start landing at VIA ahead of vote 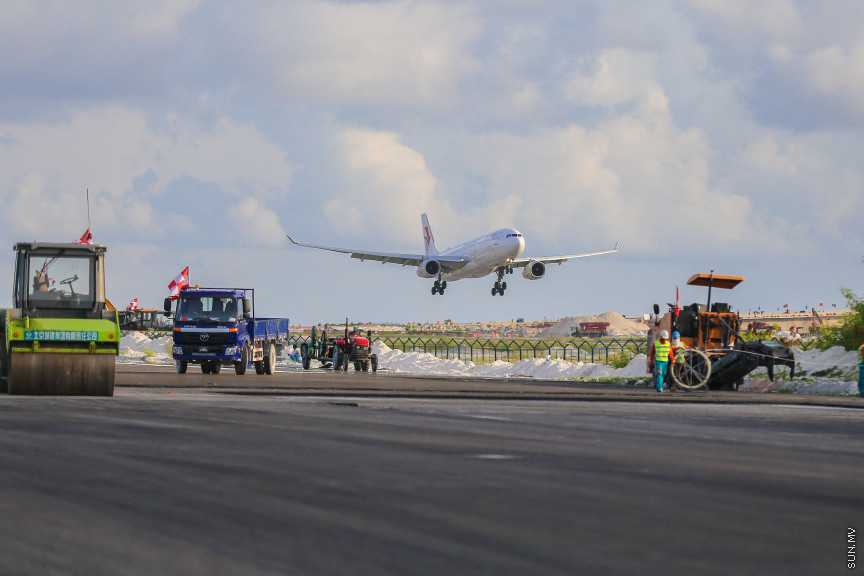 A380 airplanes will start landing at the new runway at Velana International Airport (VIA) before the Presidential Elections 2018 on September 23, says President Abdulla Yameen Abdul Gayoom.

During his speech after the inauguration of sanitation services at A. Dh. Maamingili this Tuesday morning, Yameen noted that the Maldives previously only had two or three airports.

“What we are talking about today is the largest airplane in the world, A380 will land at our national airport before the vote on [September] 23rd. This is like a small nation making a rocket and landing it on the moon, considering the way Maldivian mentality was back then,” said Yameen.

Maldives Airports Company Limited (MACL) previously reported that test flights will begin landing at the new runway at VIA this September.

In an exclusive interview with “Sun” last August, the Managing Director of MACL, Adil Moosa said workers were near completion of the last phase of work on the runway project and doing markings for the runway and installing light fixtures.

The runway project is worth USD 400 million and includes construction of a new runway, fuel farm, cargo complex and land reclamation.

The new runway is 3.4 kilometers long and 60 meters wide, and will be able to accommodate the largest A380 wide body aircrafts with ease.

Construction of the runway is contracted to Beijing Urban Construction Group (BUCG) of China.