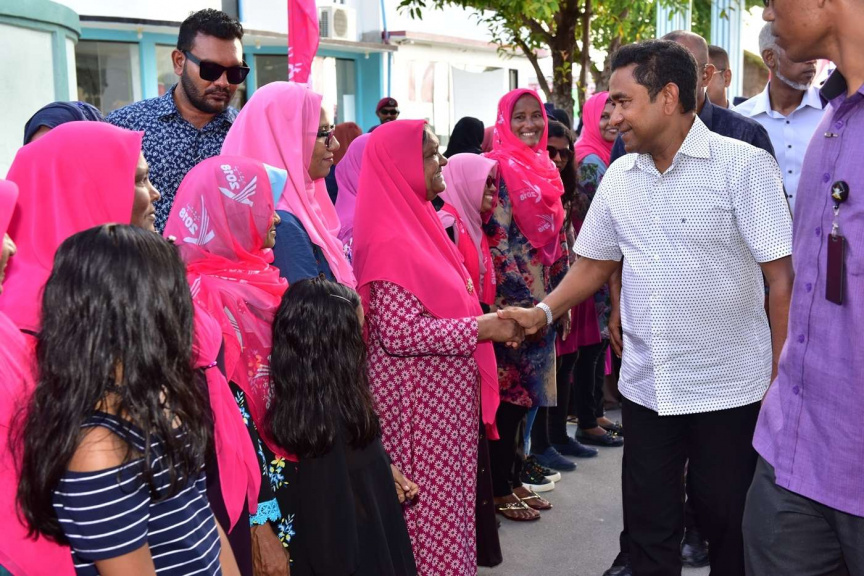 President Abdulla Yameen Abdul Gayoom has said that the people who say that the current government does not bring progress and development are copying the same progress.

Speaking at the ceremony to complete the road development and inaugurate the housing units in Gaafu Alifu atoll Villingili, President Yameen said that despite declaring that this government has not brought developments, the oppositions want to go on the same plans of this government.

And raised the question how stealing a letter head of the Supreme Court in an attempt to arrest the president was outside using influence.