Azleen: Ibu would appoint Nasheed as VP and resign if elected 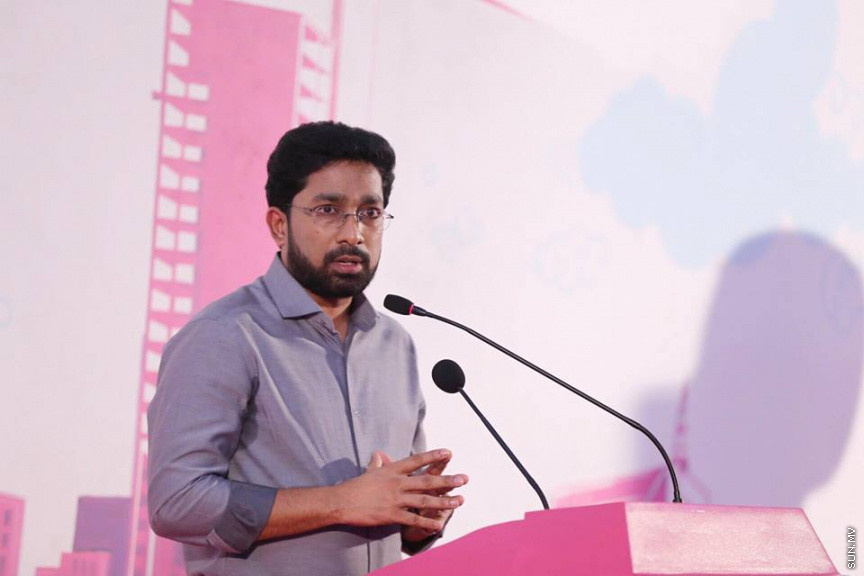 Speaking at the inauguration of ruling Progressive Party of Maldives (PPM)’s atoll center last Tuesday night, Azleen said any vote cast for a candidate other than incumbent President Abdulla Yameen Abdul Gayoom would be a vote cast for the country’s ruin.

Azleen said he believed there was no reason to vote for anyone other than Yameen.

Ahmed Rasheed added that the new PPM center will process election re-registration forms. He said all PPM members were welcome to visit the center to re-register for the election.

“With this new center, the party’s work will continue with renewed spirit. In Sha Allah, the people will choose President Yameen as their leader at the upcoming Presidential Elections,” said Ahmed Rasheed.

Biledhdhoo MP Ahmed Mubeen, who also spoke at the function, said the new atoll center is for citizens of atolls who reside in Male’ City.

Home Minister: Road safety to be increased in Hulhumale