Warning issued against surfing near the bridge 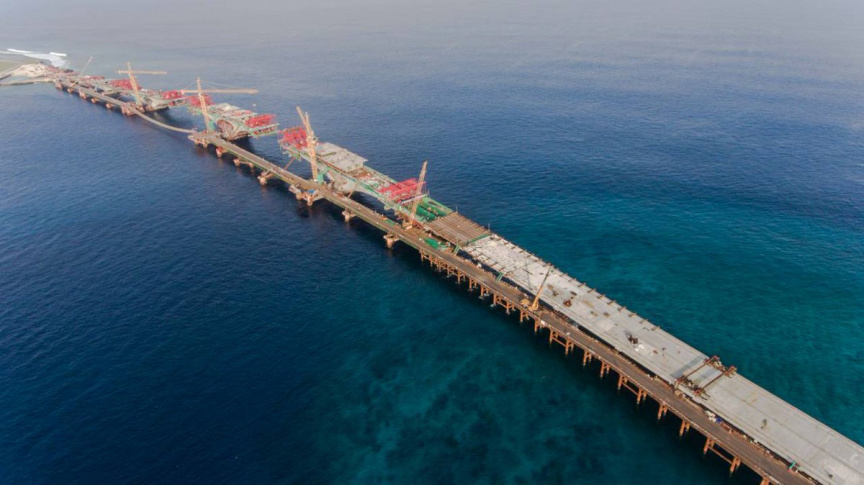 Housing Ministry has said that they would take action within the set procedure against those who go into the sea near the China-Maldives Friendship Bridge.

In early March 2017, the Housing Ministry declared it was illegal to go into the sea at the Lonuziyaarai Surf Point to begin the bridge project.

And so the Ministry stated that it was unsafe to go into the water from the eastern sea wall of Male' City to Hulhule' as there are large ships and other industrial grade equipment being used in the bridge development.

The Housing Ministry issued a statement today saying that for the development of the China-Maldives Friendship Bridge, Usfasgandu area along with the south of Henveiru Park up to Lonuziyaarai Magu was given to the contractor as a temporary project site.

Housing Ministry also stated that it was unsafe to be in the water in the area as the temporary bridge is being dismantled and declared that it is illegal to go into the sea in the area. And those who violate the ban would have action taken against them within the law.