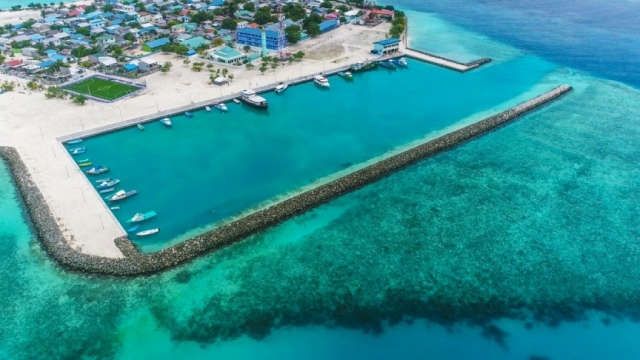 The State harbor construction projects in M. Dhiggaru and Sh. Kanditheemu have been completed.

The harbor project in M. Dhiggaru was carried out at the expense of MVR 45 million from the State budget. The project included enlarging the harbor to 750-feet in length and 260-feet in width, increasing the depth of the lagoon, a 452-meter seawall and a 23-meter revetment.

Minister of Housing and Infrastructure, Dr. Mohamed Muizzu tweeted that the completion of the project in Dhiggaru was proof of President Abdulla Yameen Abdul Gayoom’s service to the people, regardless of whether the constituency was led by a pro-government or anti-government parliamentarian.

Meanwhile, the harbor project in Sh. Kanditheemu was carried out at the expense of more than MVR 46 million from the State budget. Construction of the harbor was launched on April 26, 2015.

The project involved enlarging the harbor to 710-feet in length and 300-feet in width, construction of a seawall, a revetment, pavement and light fixtures.

Both projects were handed over to Maldives Transport and Contracting Company (MTCC).