Heavy rain expected over some northern regions tonight and tomorrow 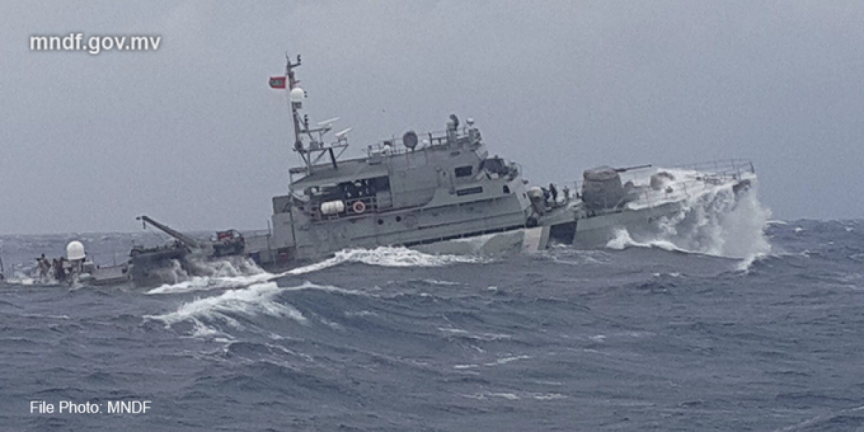 National weather forecasting body of Maldives, Maldives Metrological Service (Met Office), on Monday, stated that heavy rain is expected over some northern regions tonight and tomorrow due to the depression formed over Bay of Bengal which has crossed over Sri Lanka.

Met Office said that the low-pressure system presently lying east of Maldives over Comorin Sea is expected to cross north of Maldives and Arabian Sea within the next 24 hours.

In southern Maldives, Met Office expects west-east winds of 13 to 23 miles per hour. Meanwhile, in remaining regions, they expect northwest/northerly winds at 7 to 17 miles per hour which may gust to 40 miles per hour during showers.

Rough seas in the southern Maldives, and moderately rough seas in other regions are expected, Met Office also said.

They have also warned of possible wave surges in southern Maldivian islands during high tide.