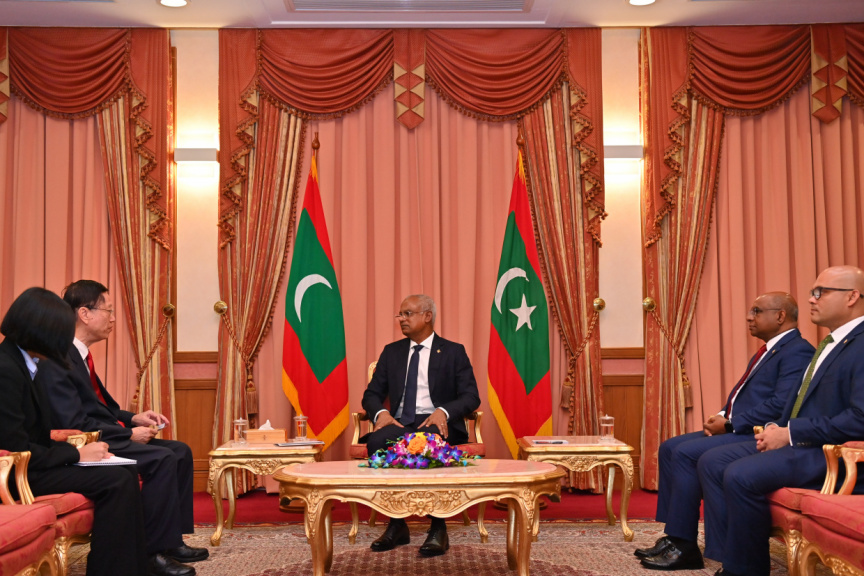 They discussed the long-standing historical relations between the two countries, which both agreed were based on mutual respect, understanding, shared values, and faith.

They also discussed ways to further enhance cooperation at regional and international fora on mutual interest areas, including education, health, sports, and defense.

Speaking at the meeting, President Solih conveyed his deepest sympathies and condolences to the government and people of Pakistan following the devastation and loss of life caused by the recent floods in Pakistan.

They concluded the meeting in the hopes of renewed commitment to strengthening bilateral and multilateral cooperation between the two countries.

In his meeting with Singapore High Commissioner Soo, President Solih congratulated him on his new appointment and reaffirmed the two countries' long-standing bilateral relations, which he said was based on shared values and people-to-people contact.

President Solih stated that Singapore is an important development partner for the Maldives.

High Commissioner Soo also commended President Solih and his administration on the successful management of Covid-19 in the Maldives.

Before concluding the meeting, President Solih and High Commissioner Soo expressed their commitment to further strengthen the long-standing bilateral and multilateral cooperation between the two countries.

Land to be issued from Hulhumale’ to relocate garages