Speaker: Planning Minister must be investigated for violation of law 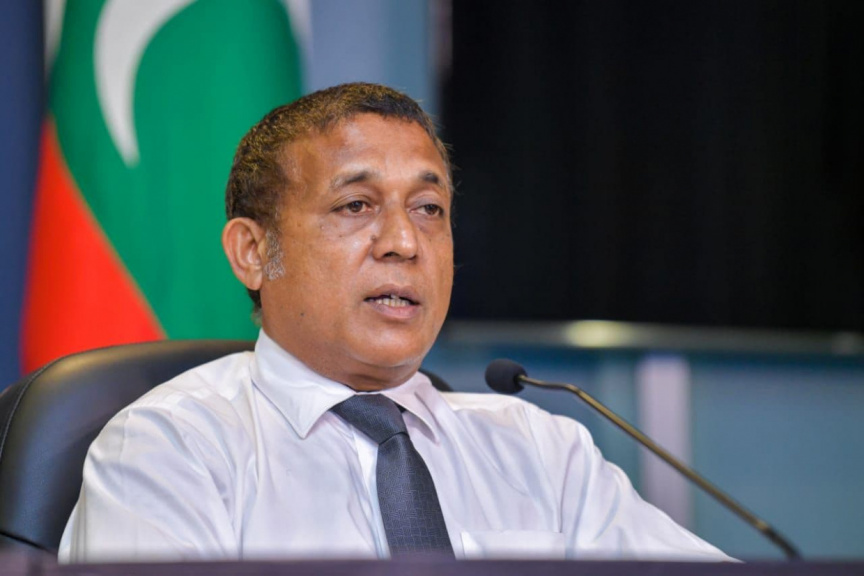 Speaker, former President Mohamed Nasheed has indirectly called for an investigation against Planning Minister Mohamed Aslam for failure of the Planning Ministry to publish the Hulhumale’ Planning and Building Code on the Government Gazette.

The failure to publish the amended Hulhumale’ Planning and Building Code, included in Table 1 of Public Regulations, was the subject of a review by the Parliament’s Regulations Committee.

The committee’s report on the review was presented to the floor by the Regulations Committee’s chair, Kudahuvadhoo MP Ahmed Amir, a politician from MDA, on Tuesday.

Following the presentation of the report, Nasheed commented that the government is required to follow the law.

Failure to follow the requirements set down on the law is a violation of the law, he said.

“Therefore, MPs can decide to go to court, or to make a decision regarding the minister,” he said.

Nasheed said MDP – which Aslam himself belongs to - holds a majority in the government as well as the Parliament.

He said that Aslam has the opportunity to talk to MPs and decide how he wishes to proceed.

“With this being the case, disregarding this and acting like whatever he decides is best – the Constitution does not allow him to act in this manner. I believe MPs will consider checking the extent to which the law was violated in this matter and proceeding with this,” he said.

The committee has recommended instructing the Planning Ministry to send the code to the President's Office to publish within seven days the report is passed by the Parliament.

'I have never seen a time of such rapid development'

"Remainder of term President will be opening places"

'No plan of making migrants to Male’ eligible for land'

'Platform incident no cause for bridge project delay'