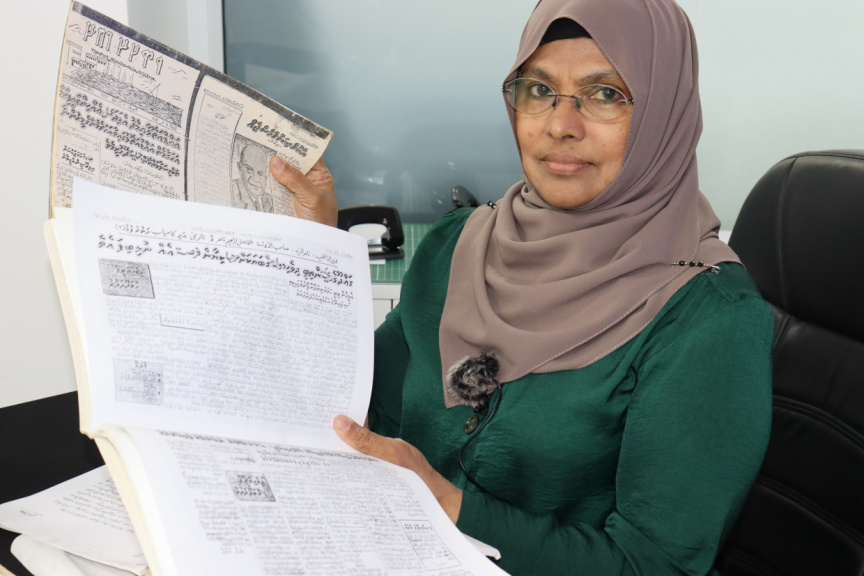 Ombudsperson’s Office for Transitional Justice (OTJ) holds closed hearings in the investigation into the forced eviction of residents of GDh. Thinadhoo in 1962. (Photo/OTJ)

The Ombudsperson’s Office for Transitional Justice (OTJ) has taken testimonies from nine people in its investigation into the human rights violations that occurred during the forced eviction of residents of GDh. Thinadhoo.

The nine people gave their testimonies in closed hearings held from October 16-26.

OTJ's  investigation focuses on dentification of violations of human rights and fundamental freedoms which occurred during the forced eviction of residents of Thinadhoo in 1962 and to find out the reasons and causes of the incident.

The case was submitted to the OTJ by the Thinadhoo Council.

Thinadhoo Council has asked for the residence of then-Prime Minister Ibrahim Nasir – which has been repossessed by the state – to be renamed from ‘Velaanage’ to ‘GDh. Thinadhoo Velaanaage’.

The forced eviction of the residents of Thinadhoo is marked in history as one of the greatest atrocities of all time in Maldives.