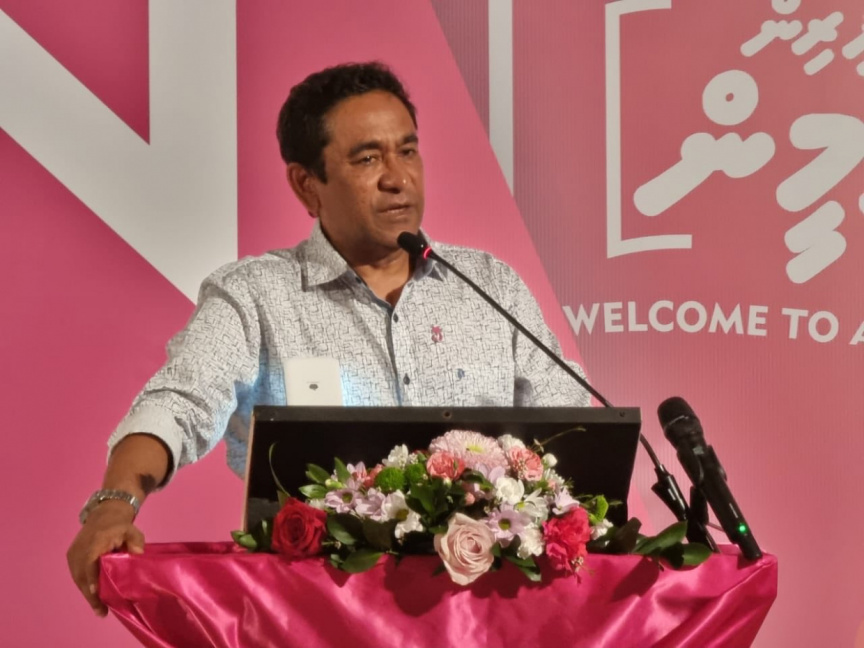 The Maldivian Democratic Party (MDP) despite their allegations of influence over courthouses during the Progressive Party of Maldives (PPM) administration, has the entire justice system in their fist, states PPM leader, former president Abdulla Yameen Abdul Gayoom.

Yameen made the remark during the ‘Afirin Yameen’ rally held in Hithadhoo district Monday evening – part of his ongoing tour of Addu City.

“What’s JSC doing now? All of JSC’s powers are now under MDP’s direct control. All judges are intimidated and held hostage,” he said.

Yameen said that the decision by MDP, which came to power with promises of liberating the justice system, to make changes to JSC and hold it in a vice grip, shows the party lacks the fortitude to go anything with good intentions.

He accused the police of violating the rights of suspects arrested in sensitive and political cases, and highlighted the case of Abdulla Rasheed, 43, who died in police custody back in October.