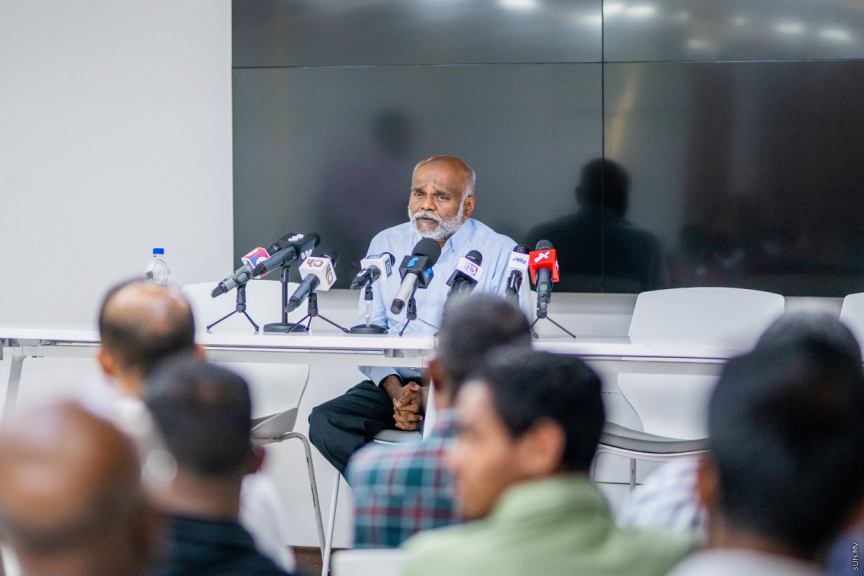 Former Attorney General Dr Mohamed Munavvar has described former President and Speaker of the Parliament Mohamed Nasheed’s representation of Sri Lanka at the 2022 United Nations Climate Change Conference of the Parties (COP27) as a betrayal to Maldives.

Nasheed is currently in Sharm El-Sheikh, Egypt as a member of the Democratic Socialist Republic of Sri Lanka’s national delegation.

He is also scheduled to take part in Climate Prosperity Plans Flagship Event: Paving the Way from Vulnerability to Prosperity, which will showcase progress made by countries in developing national climate resilience plans – an event organized by the Climate Vulnerable Forum (CVF) and Climate Vulnerable 20 Countries (V20).

Speaking with Sun about this, Dr Munavvar said that it was shameful for a leader of one of the three powers in Maldives to be representing another country in such a manner.

“It is a very big legal issue. Shouldn’t he be removed from the Parliament immediately?”

Dr Munavvar has expressed his sentiments on this issue via Twitter as well. Notably, former President Maumoon Abdul Gayoom has responded to this supportively.

Maldivian Constitution stipulates that members of the Parliament must prioritize acting in a manner that is in the national interest and beneficial to the people. Moreover, it forbids using the power of the position for personal gains.

In addition to Dr Munavvar, some lawyers have also described this move to be a legal issue.

The Parliament has stated that all expenses in connection to Nasheed’s visit are undertaken by Climate Vulnerable Forum (CVF).

During Nasheed’s visit, he will also meet with senior officials for CVF, and V20 countries, alongside other countries on the sidelines of COP27.

CVF is an international forum held especially for countries that are at severe risk due to climate change – which Maldives is a party.

Vice President Faisal Naseem is also in Egypt attending COP27, on behalf of the Maldives. He is accompanied by a high-level delegation from the government.