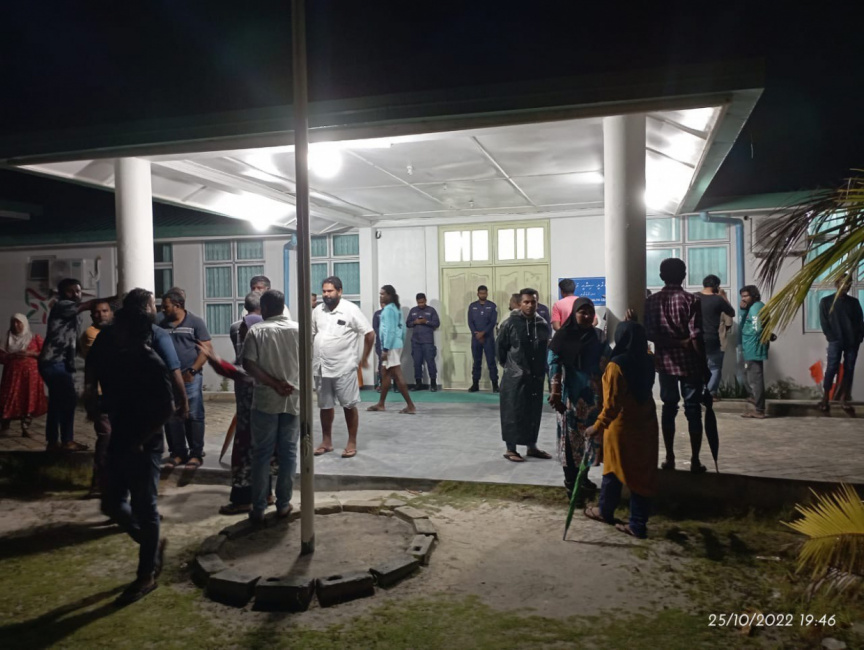 Progressive Party of Maldives (PPM) on Wednesday called for a fair investigation of the death of Abdulla Rasheed, 43 from GDh. Hoadedhoo, who died while in the custody of Maldives Police Service.

Abdulla, who is the President of the Steering Committee of Hoadedhoo was arrested in a counter-drug operation from a café near the harbor of GDh. Hoadedhdhoo at approximately 02:15 pm Tuesday. Police hired a private speedboat to transport him to a facility. He died en route.

The Police announced his passing in a statement, which noted that Abdulla had complained of chest pain, and showed signs of seizure. They added that the doctor who examined the man confirmed that he was already dead when brought to the health center.

In a statement released by PPM with a condolence message on behalf of party leader former President Abdulla Yameen Abdul Gayoom and leadership to Abdulla’s family.

The statement also noted that Police had acted irresponsibly in this case.

“While he was being taken away after the arrest, he had complained of chest pains, but Police had not given any heed to this. When he was taken to Madeveli after a long time, he had already passed. We note that Police had acted very irresponsibly in this case,” read the statement.

Furthermore, PPM said that Police take an oath to ensure the safety of people, hence they strongly condemn this incident.

The party had also called for a swift investigation that is independent and just, and to take action against any found to be negligent.

Police have revealed that Abdulla’s body has been brought to Male’ City.

Following the incident, the Police informed both the National Integrity Commission and the Human Rights Commission of the Maldives and requested further investigation as well.

In addition to this, it has been revealed that an autopsy will be done to determine the cause of death.

Soon after his passing was announced, Home Minister Imran Abdulla ordered an investigation into the death of the man who passed away whilst in police custody. He said that Police’s Professional Standards are probing this to identify any possible negligence.

He also added that relevant authorities have been instructed to prioritize and conduct a swift investigation regarding the death, and should any negligence or brutality be uncovered during the investigation – he will not shy away from taking necessary actions against those implicated.

Some of the most recent updates given by Police stated that the officers who arrested Abdulla did not use body-worn cameras.

Meanwhile, Abdulla’s family alleges Police negligence to be the cause of his death. His family claim that the police dismissed his repeated complaints of chest pains as an ‘act’.

A member of the family who spoke with Sun said that Abdulla had no known health issues and wasn’t on any medication for a chronic illness.