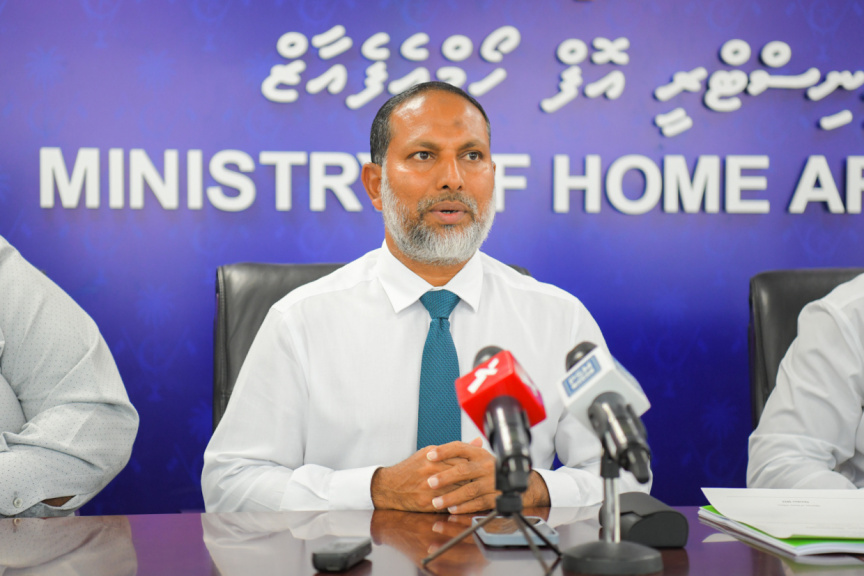 Home Minister Imran Abdulla has ordered Maldives Police Service to conduct an investigation into the death of the man who passed away whilst in police custody.

Police announced the passing of Abdulla Rasheed, 43, Swan, GDh. Hoadedhoo who was in their custody on Tuesday evening.

Via a tweet on Tuesday night, Home Minister Imran said that Police’s Professional Standards are probing Abdulla’s death, to identify any possible negligence.

He also added that relevant authorities have been instructed to prioritize and conduct a swift investigation regarding the death. Minister Imran stressed that should negligence or brutality be uncovered during the investigation – he will not shy away from taking necessary actions against those implicated.

In a message shared with the press on Tuesday evening, the Police said that Abdulla who was taken into custody earlier in the day had complained of chest pain, and showed signs of seizure following which he was taken to Madaveli Health Centre.

They added that the doctor who examined him confirmed that he was already dead when brought to the health centre.

Police said that the death has been notified to the National Integrity Commission and Human Rights Commission of the Maldives – requesting further investigation.