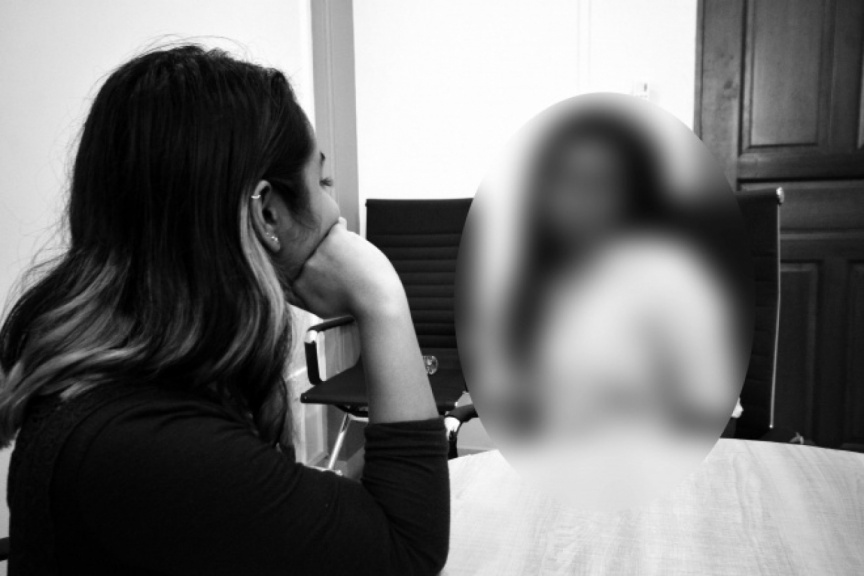 A patient consults with a psychologist. (Sun Photo)

There is a sudden feeling of intense fear. Her heart beats faster. She breaks out in a sweat. He breath shortens and her throat closes up. She is overwhelmed with thoughts. She feels dizzy. Her legs aren’t strong enough to hold her up. It feels like the end.

This is something Aminath Shehnaz (not her real name), a mother of two, goes through twice or thrice a day. She has been struggling with severe anxiety for two years.  It often leaves her unable to perform her daily duties and unable to care for her children. The biggest challenge she faces is lack of acceptance and support from her husband.

“When I tell him what I’m feeling he would be dismissive and say ‘what anxiety?’. He would say I lack faith. He would get angry,” she said, before bursting into tears.

The severe anxiety she feels leaves her unable to work, and sometimes, unable to keep standing. So, she lies down, seeking some relief. Her husband and family call her lazy.

Shehnaz has to beg her husband to seek medical care for her mental illness. Instead of acceptance, she receives blame. She managed to secure professional help after months of pleading. Her condition had escalated by then.

This is the story of just one among thousands of people struggling with mental illness in Maldives. Many of them are unable to or hesitant to seek professional help due to the stigma associated with mental illness. It subjects them to excruciating suffering. This is something that must be spoken about as the world observes Mental Health Day on Monday.

NO LINK BETWEEN MENTAL ILLNESS AND RELIGIOUS DEVOTION

There are many causes for mental illness. Like many other diseases, it may be hereditary. It may also result from abuse and trauma – trauma from sexual or physical assault. Based on this – the crime was committed by someone else. But it’s the survivor whose left suffering mental illness.

Maldivian Islamic Ministry states mental illness is not linked to religious devoutness. And like all diseases, it must be treated.

The misconception that mental illness is linked to religious devoutness is held not just in Maldives, but in many countries across the world.

“I hired a person to perform ruqyah (spiritual healing) because my parents insisted. The first thing he instructed was to stop the medication prescribed to me by my doctor to treat anxiety. He said the medication wasn’t good, that they were sleeping pills. I stopped the medication and I got worse,” said Shiuna Shahid, 22.

Many people are under the misconception that all mental illnesses require lifelong medicine. But the reality is that it is therapy, and not medication, makes for the biggest part of the treatment for mental illness. There are some situations where medication is needed. But research shows it is no reason for fear.

The medication comes to the market after years of research and testing. They are produced by licensed drug makers, and are heavily regulated.

Doctors prescribe medication at the lowest dose required and for the shortest period required. Failing to seek support due to hesitancy to take medication is a huge disservice to one’s self. All medication, including the commonly used Panadol, have side effects. However, taking medication under the guidance of a doctor will help.

Psychiatrist Dr. Kristen Thompson says one of the questions she is asked most is about whether psychiatric medicine is addictive. The answer most often is no, she said.

“The SSRI’s, which are the most commonly used medication for anxiety and depression is not thought to be addictive, and their effects on the brain only lasts while taking them. Some people experience negative symptoms while tapering off these medications or stopping them abruptly. These are called discontinuation symptoms, and may include brain zaps or feeling dizzy or irritable. In most cases, these symptoms can be completely avoided by having a slow and controlled taper off of medication, and ongoing communication with your doctor,” she said.

There are many mental health patients in Maldives who were previously on medication, but are now managing their illness without medication under instructions from doctors.

People with mental illness are often labelled as crazy, lazy or attention seekers.

One of the main reasons for hesitancy to seek treatment is lack of confidence in confidentiality, especially in a small community such as Maldives.

The solution lies in raising awareness.

Seeing someone you know waiting for a consultation with a psychiatrist is not something you need to tell other people. Doctors are bound by law to maintain confidentiality. Seeking treatment for mental illness isn’t shameful, it’s necessary.

Lh. Atoll Hospital to bring in surgeon from Dhidhdhoo

84% diseases linked to deaths due to unhealthy habits