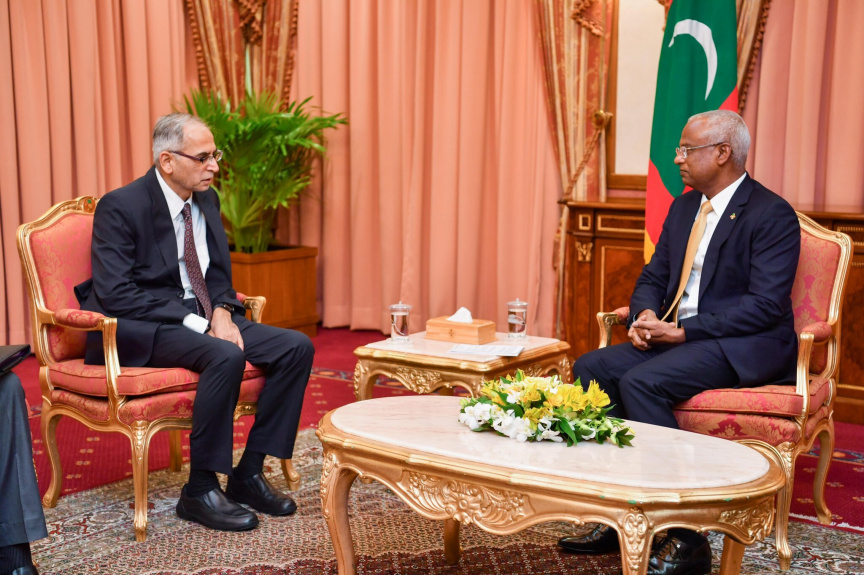 He made the comment during a courtesy call on Maldivian President Ibrahim Mohamed Solih on Sunday morning.

Kwatra arrived on a three-day official visit to Maldives on Saturday – in his first visit to the country.

He called on President Solih at his office Sunday morning.

During the meeting, President Solih welcomed Kwatra to Maldives and praised his impressive career in diplomatic service.

They talked about the close ties between Maldives and India, which both agreed had seen unprecedented growth in recent years.

Kwatra praised Maldives' response to the COVID-19 pandemic, noting the country had restored its economy to near pre-pandemic levels.

He described Maldives as one of the most important regional partners, and said India would continue to support developmental projects in Maldives.

President Solih respoded that India had consistently proven to be Maldives’ closest friend. He conveyed his gratitude to the Indian government for its continued support and assistance to Maldives.

Following the meeting with President Solih, Kwatra paid a courtesy call on Speaker of Parliament, former President Mohamed Nasheed. During the call, he signed the visitor’s book at the Parliament, and held discussions with Nasheed and other members of the Parliament.

He also met with his Maldivian counterpart, Ahmed Latheef, for official discussions.

During the official discussion, both Ahmed and Kwatra noted the successful economic cooperation and the progress of projects implemented under Indian grant assistance and line of credit scheme.