HDC and Deaf Association discuss promotion of inclusivity in Hulhumale’ 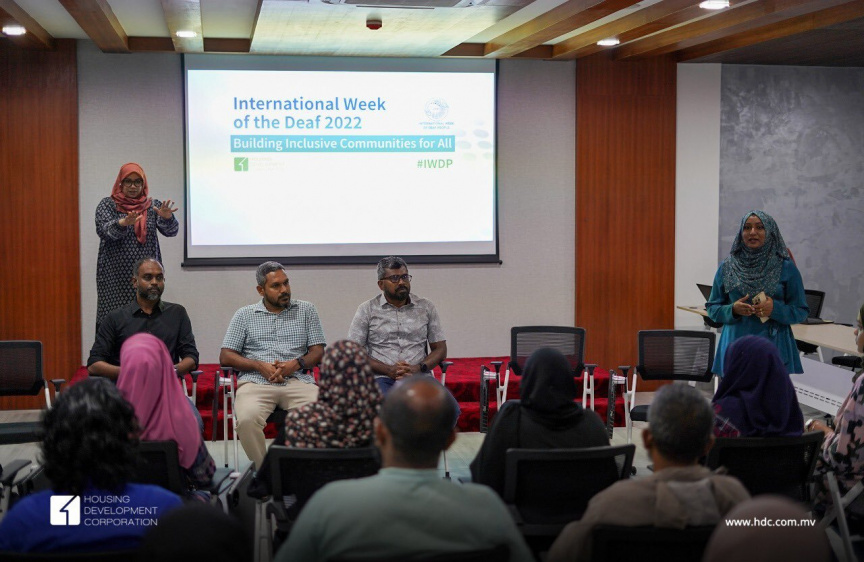 Housing Development Corporation (HDC) held a meeting with the Maldives Deaf Association and other members of the deaf community on Friday.

According to HDC, the meeting was held to mark the International Week of the Deaf.

It was held as part of HDC’s efforts to build an inclusive community for all in Hulhumale’, said HDC.

The meeting was attended by HDC’s Managing Director Ahmed Athif and other senior officials.

Discussions during the meeting focused on enhancing the involvement of the Deaf Association and other such associations in projects and initiatives by HDC to develop Hulhumale’.

Speaking at the meeting, Athif said HDC was committed to making Hulhumale’ a community for all.

He also promised to address the concerns raised by the deaf community.