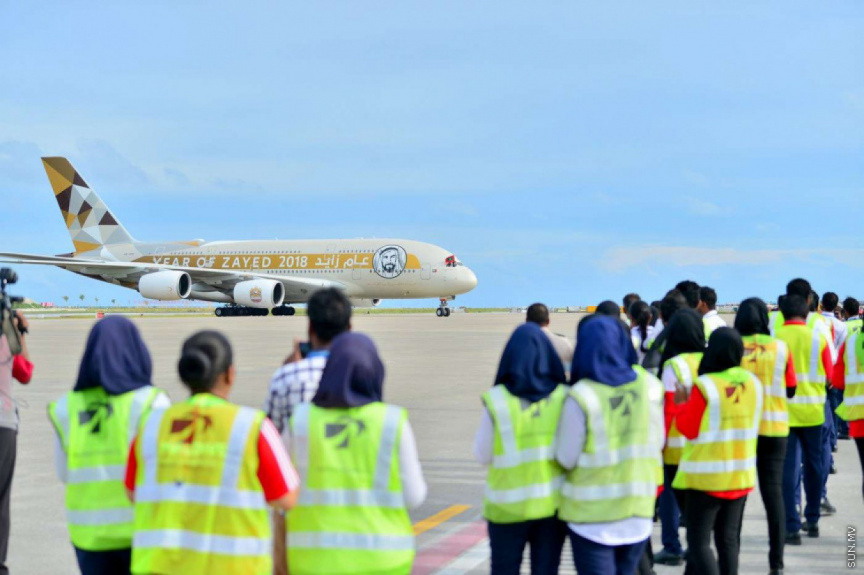 Maldives Airports Company Limited (MACL), operator of Velana International Airport (VIA), revealed on Wednesday that the new runway at the airport will be brought into operation on October 6.

Physical works on the development of the Code F runway at VIA commenced during former President Abdulla Yameen Abdul Gayyoom’s administration in 2017. The work was completed, and the runway was officially inaugurated on September 18, 2018.

MACL said that the new runway will be brought into operation on October 6, alongside the newly developed seaplane terminal.

When the new runway developed as part of Yameen administration's MVR 1 billion project to further develop VIA, the first aircraft to land on the new runway was one of the biggest A380s in existence.

The aircraft belonging to Etihad Airways was operated by a Maldivian pilot.

Capable of accommodating the biggest aircrafts presently in operation across the globe, the new runway is 3,200 meters in length and 65 meters in width.

MACL staff to receive MVR 25K as annual bonus for 2021