MTCC chief: We will connect entire Maldives in next 24 months 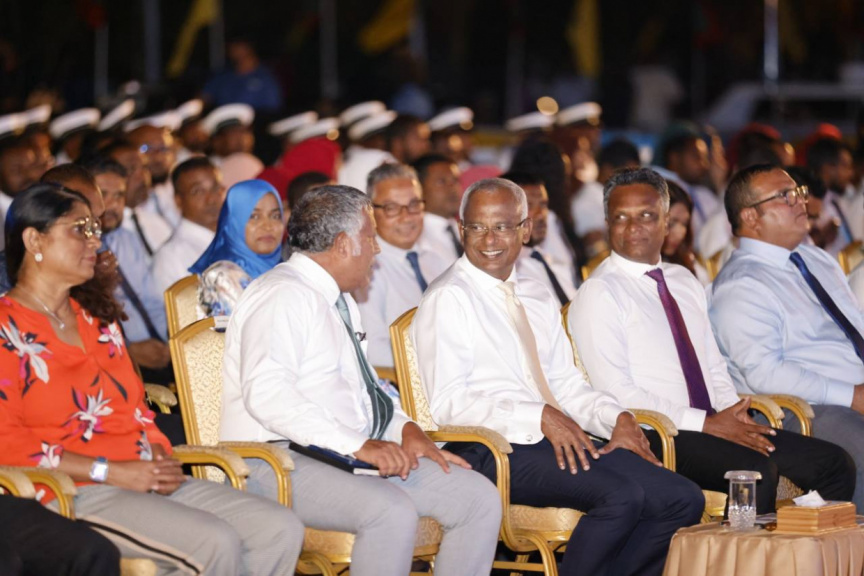 The entire Maldives will be connected through a marine transport network in the next 24 months, states Maldives Transport and Contracting Company (MTCC)’s CEO Adam Azim.

Azim made the statement Tuesday night, during the ceremony held in HA. Dhidhdhoo to mark the launch of Raajje Transport Link (RTL) ferry service in HA. Atoll and HDh. Atoll.

Speaking at the ceremony, Azim said that the launch of RTL ferry service in HA. Atoll and HDh. Atoll – realizing President Ibrahim Mohamed Solih’s vision of connecting Maldives through a nationwide public transport system – was a huge ease to the entire region, and evidence of a revolutionary change to the region.

“This is a happy night. This is the beginning of changing how Maldivians have been living and connecting Maldives with a transport network. This is a historic night to Bodu Thiladhunmathi region. This is a night that will be written in golden letters in Maldivian history,” he said.

Azim said that once the RTL ferry service expands to the entire Maldives, it will create 800 new employment opportunities. The new employees will be well-paid and trained, he said.

Azim said that President Solih is a leader who will realize the aspirations of the Maldivian people, as evident from his vision for RTL.

He said that the MTCC will continue to support the government in serving the people.

Azim said the President Solih’s efforts to connect Maldives through the RTL ferry service will offer independence to the islands.

The RTL service, which offers the people an easy and affordable mode of transport, provides ease to people across Maldives, he said.

Azim thanked President Solih for his long-sighted vision to connect Maldives with a public transport system, irrespective of the size of islands.

He called on the people to join President Solih in developing the country.

President Solih, Azim and a delegation of Cabinet ministers and government officials had arrived in Dhidhdhoo on a RTL ferry.

The launch of RTL ferry service in HA. Atoll and HDh. Atoll is one of the highlights of President Solih’s current tour of the region. Dhidhdhoo was his last stop in the tour.