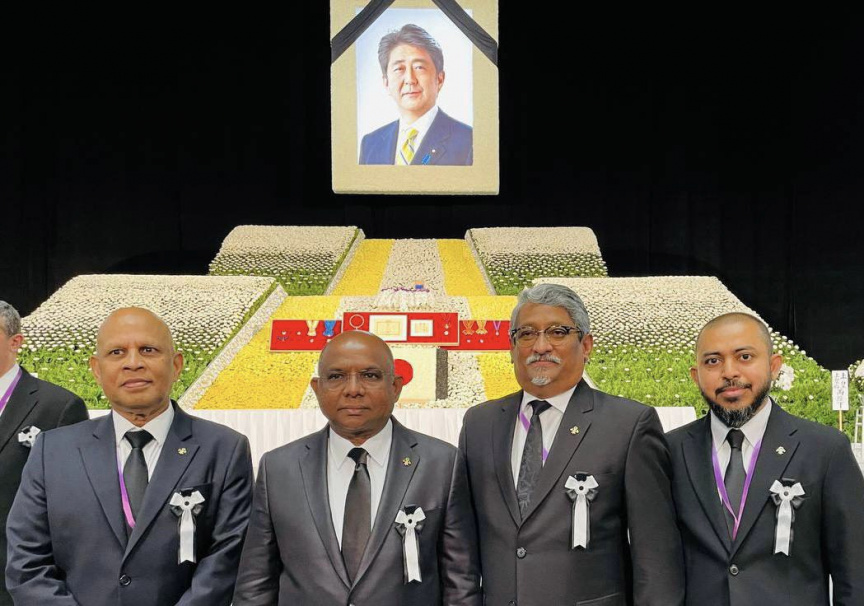 He was accompanied by State Minister for Foreign Affairs Ahmed Khaleel and Maldivian Ambassador to Japan Hassan Sobir.

Abe died due to injuries sustained he sustained in an attack by a lone gunman at a campaign event on July 8.

The funeral service for Abe was attended by a number of state leaders and other foreign dignitaries.