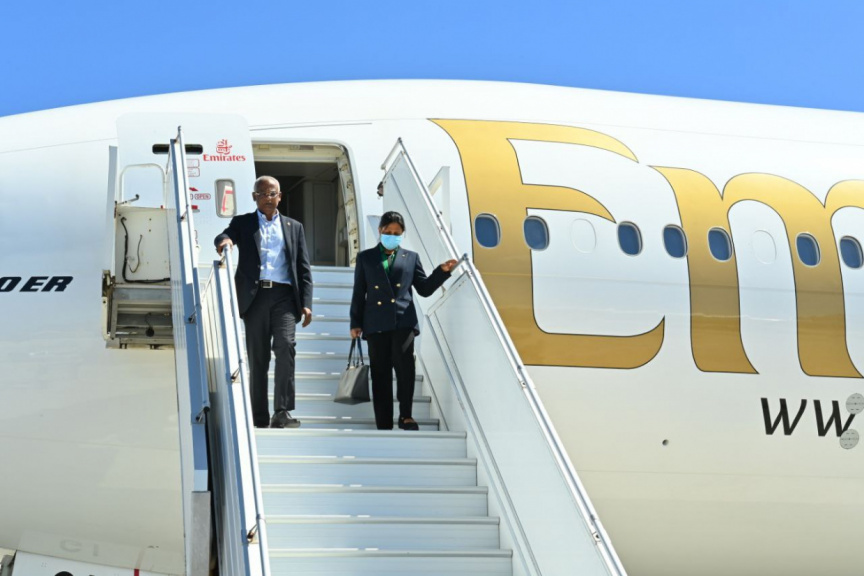 The late Queen passed away on September 8, at the age of 96.

The first couple departed on an official trip to the UK on September 17, to convey condolences and sympathies in person to His Majesty King Charles III and other members of the royal family and to attend the state funeral and pay their last respects to the late Queen.

During the trip, the President and the First Lady wrote separate messages in the Book of Condolences opened in the late Queen’s memory at Lancaster House, London.

The funeral service and the associated ceremonial arrangements were arranged in a way to pay tribute to the late Queen’s reign and her life of service to her nation and the Commonwealth.

Foreign dignitaries, including those from the Commonwealth and British overseas territories, attended the state funeral service at Westminster Abbey, London, along with members of the Royal Family and the general public.

Maldivian first couple also attended a reception hosted by James Cleverly, the Secretary of State for Foreign, Commonwealth, and Development Affairs of the UK, following the funeral service.