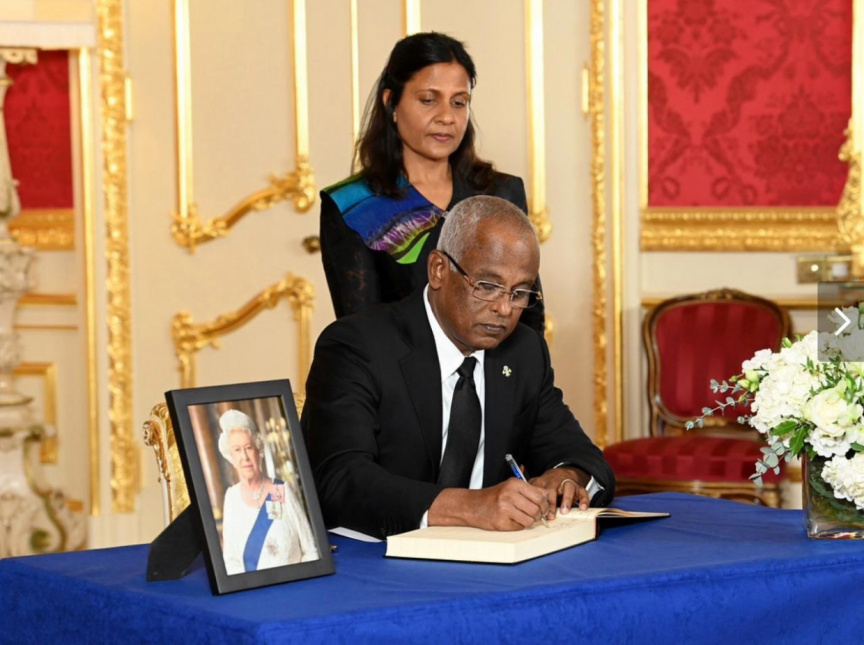 The late Queen passed away on September 8, at the age of 96.

Before paying their final respects, the President and the First Lady wrote separate messages in the ‎Book of Condolences opened at Lancaster House, London. In the messages, they conveyed sincere condolences to King Charles III, the royal family, the people of the United Kingdom of Great Britain and Northern Ireland, and the Commonwealth of Nations.

The First Lady, in her message commended the late Queen for her grace and devotion, and described her as an inspiration to all.

“It is with great sadness that I learnt of the passing away of Her Majesty Queen Elizabeth II. Her Majesty’s grace and devotion touched people around the world,” she wrote.

She offered her gratitude to the late Queen for her devotion to her children, her country and her people, and for being an inspiration to all.

The First Lady also passed on a message from her mother thanking the late Queen for her services.

The state funeral for the late Queen will take place at Westminster Abbey on Monday, at 11:00 hours BST.

"Islands leased for tourism not developing an obstacle"

President: All islands will reap benefits of tourism

President: Success of reforms can be measured by peace