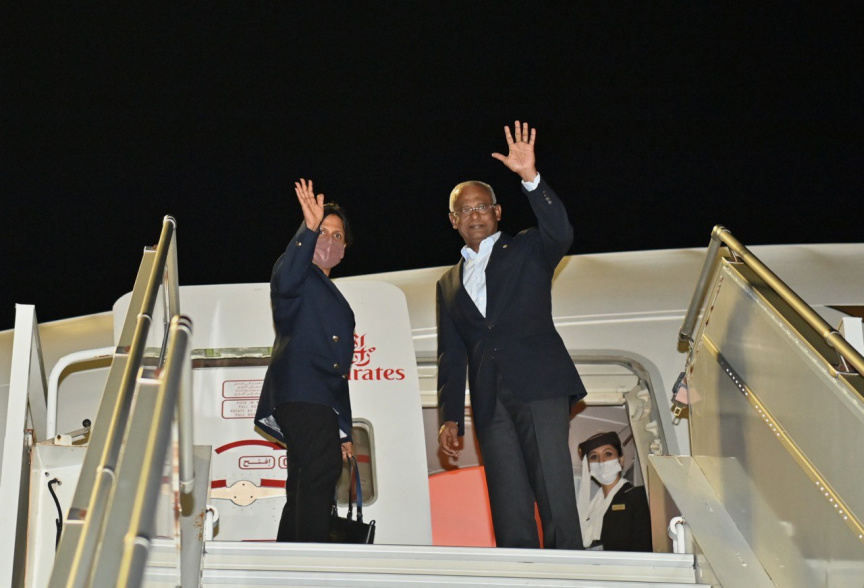 The first couple – President Ibrahim Mohamed Solih and First Lady Fazna Ahmed – has departed on an official visit to the UK on Friday night.

As per the President’s Office, the first couple will convey condolences and sympathies in person to His Majesty King Charles III and other members of the royal family during the trip.

They will also attend the state funeral during the visit and convey their last respects to the late Queen.

The first couple will conclude their visit and return home on September 22.

Late Queen Elizabeth, the longest-reigning British monarch whose rule spanned over seven decades, passed away on September 8, at the age of 96.

Maldives mourned alongside other world nations with respect to the late Queen’s passing, hoisting its national flag at half-mast for three days.