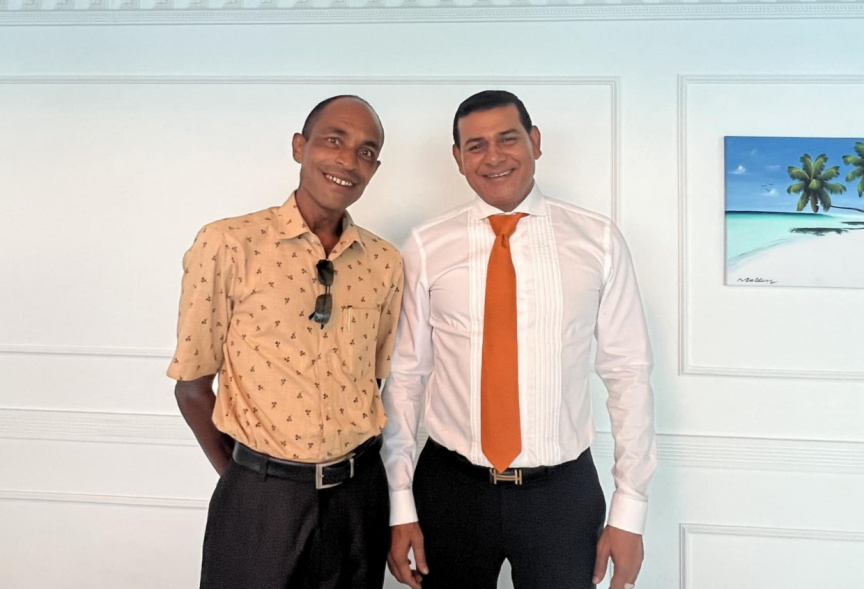 A Police Spokesperson told Sun that a complaint regarding the assault on Poli Ahmed has been submitted to the authority, following which investigations are underway. However, the Spokesperson said no arrests have been made in connection to the case yet.

Poli Ahmed was assaulted inside a café in Fuvahmulah City on Sunday evening.

Speaking to Sun on Monday, Poli Ahmed said that he believes he was attacked due to increasing number of signees to MDA from Fuvahmulah City. He also said that the attacker was an activist belonging to ruling Maldivian Democratic Party (MDP).

MDA released a statement on Sunday – urging just punishment under the law against the assailant at the earliest. They condemned the assault of Poli Ahmed in the strongest words.

The party also underscored in their statement that they stand in the nation’s frontline with hopes of stopping such cruel acts, and establishing peace and stability across the country.

“This party does not believe in unjust violence against anyone even in the slightest. We note that we will always prioritize the good qualities of peace and understanding,” the statement read.