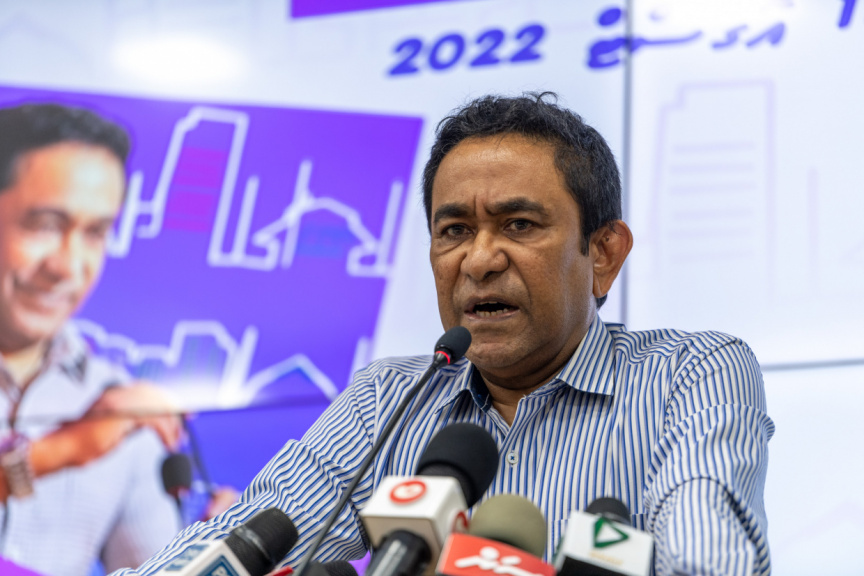 The hearing scheduled for Thursday in the money laundering and bribery case against former President Abdulla Yameen Abdul Gayyoom in connection to the sale of V. Aarah for resort development has been cancelled as he is ill.

Revealing that the hearing in the case scheduled for 10:00am this morning had been cancelled – Criminal Court said that a letter was submitted to them, informing Yameen’s inability to attend the hearing due to health condition.

Criminal Court said that therewith, the hearing has been cancelled.

At present, witness testimonies from the prosecution’s side have been completed. Currently, witnesses produced by the defense are presenting their testimonies.