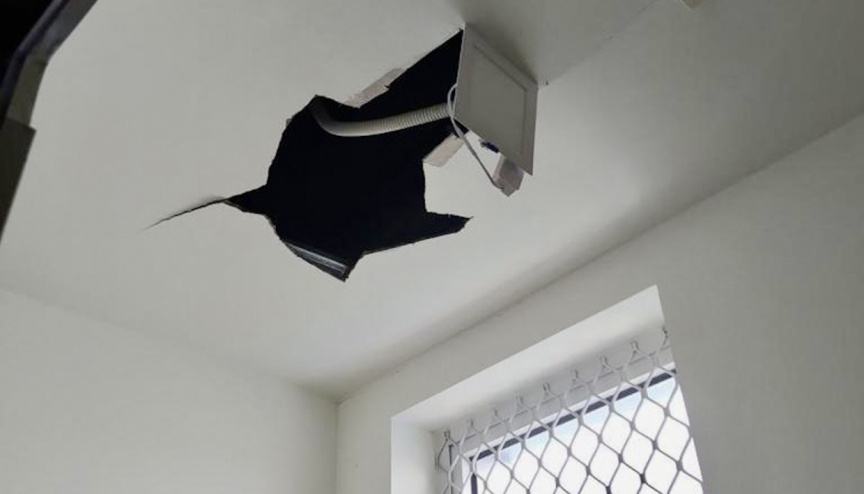 Velana International Airport's detention centre's ceiling after a foreigner broke it to escape the place.

A foreigner has fled Velana International Airport’s (VIA) detention centre by breaking its ceiling in the early hours of Friday.

Police said that the breakout was reported to them at dawn.

“Police are looking into the matter,” they added.

VIA’s detention centre is utilized to hold foreigners over different issues arising with respect to their entry into the Maldives.

Sun has learned that the escapee is a foreigner who was deported from the Maldives previously.

Maldives Immigration has yet to make a statement regarding the incident.

One room burned beyond use in Ihavandhoo apartment fire