One room burned beyond use in Ihavandhoo apartment fire 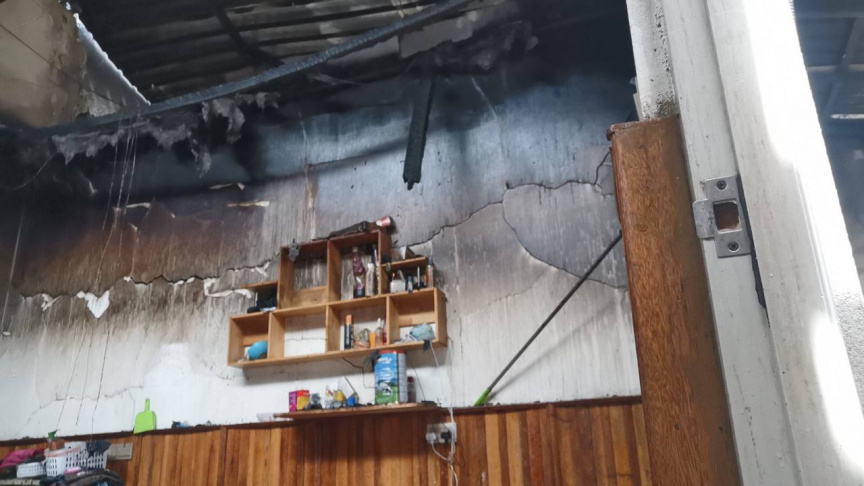 Damage to an apartment in HA. Ihavandhoo following a fire on September 2, 2022. (Photo/Ihavandhoo Council)

One room in an apartment in HA. Ihavandhoo has been burned beyond use after a fire.

Ihavandhoo Council President Ahmed Sobah told Sun that a fire broke out in an apartment located in Nala Asseyrige at approximately 11:30am this morning. He detailed that the fire was subdued by the collaborative efforts of Ihavandhoo residents, council and police within a span of an hour. He stressed that no one was injured in the fire.

“But one room was burned completely beyond use. The fire had reached all the way up to the roof as well,” he added.

Sobah said that in the apartment comprised of three rooms – the fire had broken out in the room used as a storage. He underscored that the remaining two rooms were not significantly damaged.

“Some items like timber and wood were stored in that room,” he had said.

Underscoring that the cause of fire has not yet been identified – Sobah stressed the damage from the incident is estimated at MVR 100,000.