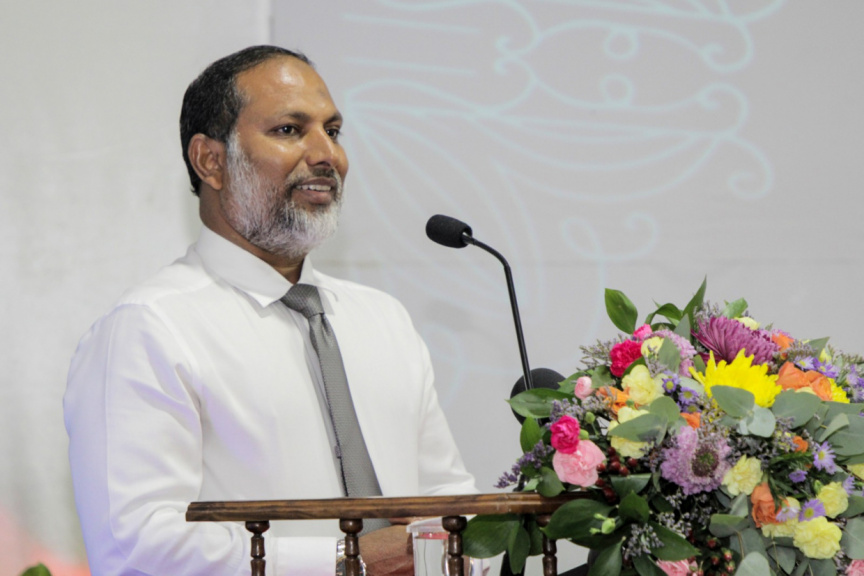 Home Minister Imran Abdulla speaks at the closing of the first drug rehab program and certificate course in electrical wiring for inmates in Maafushi Prison on August 23, 2022. (Photo/Maldives Correctional Service)

Home Minister Imran Abdulla said Tuesday that the government would establish a comprehensive rehabilitative mechanism based on the extent of drug addiction in Maldives.

He made the remark while speaking at the ceremony in Maafushi Prison to mark the closing of the first prison-based drug rehab program by Maldives Correctional Service (MCS).

Speaking at the ceremony, Imran said the government would enforce the law fairly based on the extent of drug addiction in Maldives, even if it required amendments to existing laws.

Addressing the inmates who took part in the drug rehab program, Imran urged them to treat the certificates they received as encouragement, and strive to avoid recidivism.

“Looking at the extent to which drug addiction has spread within this society, we will revise the laws, enforce the laws with fairness and equality, and establish a comprehensive rehabilitative mechanism,” he said.

During Tuesday’s ceremony, 32 inmates who completed the program were presented with certificates.

Redevelopment of Ameenee Magu to begin on August 30