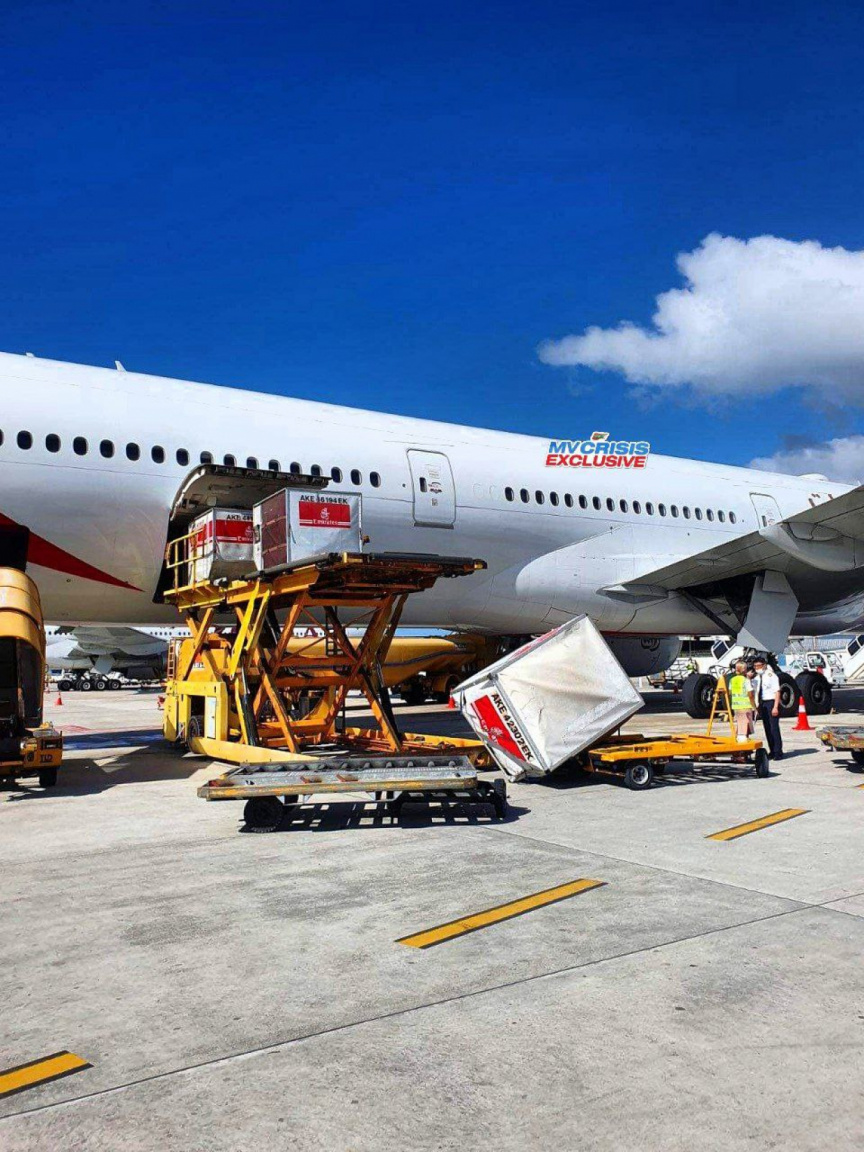 A baggage container fell at Velana International Airport (VIA), on Tuesday, injuring an employee.

Speaking to Sun about the incident, the General Manager of Maldives Airports Company Limited (MACL) Hassan Areef confirmed that the incident did take place.

However, he noted that right now further details pertaining to the incident cannot be shared.

Moreover, he revealed that the employee who was injured was being treated at IGMH and that his condition was stable now.

Hassan also noted that an investigation will be conducted to determine the cause of the incident.

Pictures from the scene circulating social media show a fallen luggage container next to a flight.