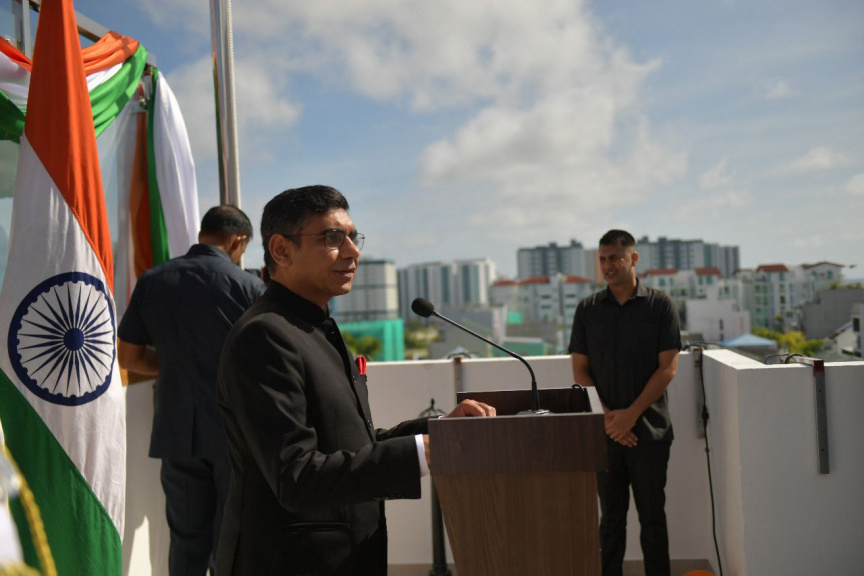 Addressing the gathering, High Commissioner Mahawar said the 75th year of India’s independence – Azadi Ka Amrit Mahotsav - was being celebrated with enthusiasm by Indian community in Maldives and across the globe.

He thanked those who have participated in ‘Har Ghar Tiranga Abhiyan’ in a display of collective sense of belongingness to and pride for the Indian national tri-color.

He also thanked Indian community in Maldives for their contribution to furthering in bilateral relations between Maldives and India.

He said the Maldives occupied a special place in India’s Neighborhood First Policy, and that under the leadership of Maldivian President Ibrahim Mohamed Solih and Indian Prime Minister Narendra Modi, bilateral relations between two countries had deepened for mutual benefit.

He noted the agreements signed during President Solih’s recent visit to India for further expansion of bilateral ties.

After the conclusion of his speech, Deputy High Commissioner Tillu read out the national address by Indian President Droupadi Murmu on the eve of the Independence Day.

The ceremony concluded with the signing of patriotic songs by a group from the Indian Culture Center in Maldives.