Kudahuvadhoo Council: Cannot transport patients in emergencies despite existence of an airport 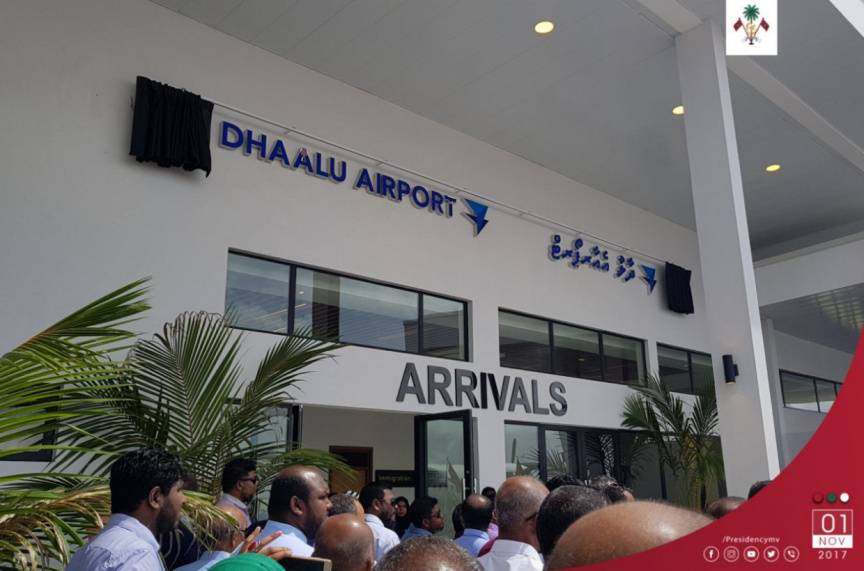 Dh. Kudahuvadhoo Council, on Tuesday, stated that despite the existence of an airport on the island, it cannot be used during times of need or emergencies – which is a longstanding issue that has yet to be addressed.

Kudahuvadhoo residents staged a protest last night – over obstructions to transport a youth to Male’ City for further medical treatment after suffering a heart attack.

Speaking to Sun regarding the matter – a member of Kudahuvadhoo Council, Abdulla Jameel said that the issue did not come to light neither yesterday nor today. He stressed that there had been no way to transport patients to Male’ City during emergencies since the inauguration of the airport until present.

“There is a huge airport here. It is in operation. Despite Manta Airline flights being scheduled – there is no other means to transport patients during emergencies to Male’ City. The residents have been talking about this since the start. Have complained as well. Approximately six years have passed since this is being talked about. Since the residents have had these concerns,” he had said.

Jameel underscored that after delays – the youth who suffered a heart attack was transported to Male’ City this morning on a Maldivian flight. Stressing that this does not solve the problem – he said that Kudahuvadhoo residents still remain concerned.

He detailed that although concerns regarding the matter have been shared by residents previously – this the first time they had staged a protest over it.

He added there is no point of the airport existing if it cannot be used during emergency cases and to transport sick patients.

Noting that the government promised to make proper arrangements for transportation of sick patients if Kudahuvadhoo Airport is in operation – Jameel said that the lack of implementation of the arrangements has been brought to the government’s attention through meetings and letters.

On this note, he said that letters have been sent to the President’s Office and the Tourism Ministry – whereas the same concern has been relayed during each meeting held with senior government officials.

Jameel said that the absence of a solution to such a pertinent problem spanning through years makes it difficult for Kudahuvadhoo residents to standby. He cited this to be reason for last night’s protest.