Adhurey: Presidential ticket given as per party regulations 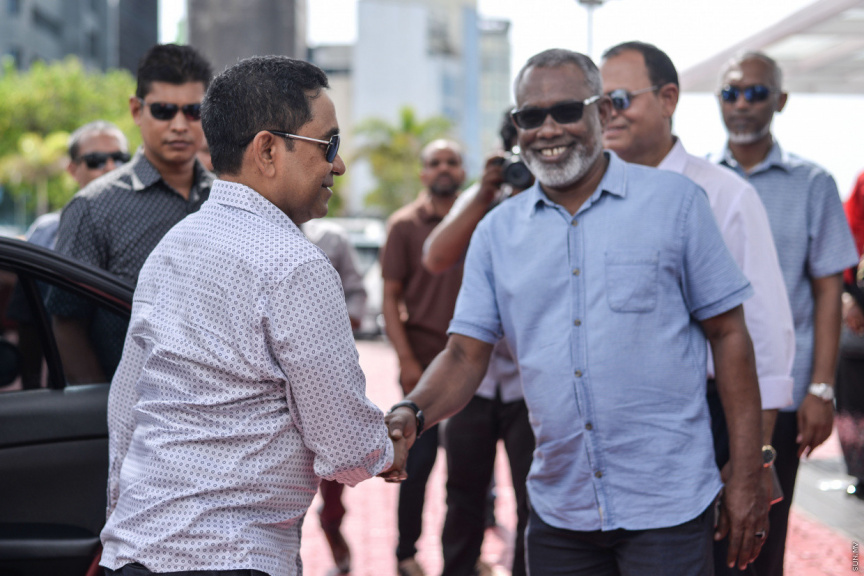 The President of the Peoples National Congress (PNC) stated that the opposition coalition's candidacy was given to former President Abdulla Yameen Abdul Gayoom as per party regulations, and other parties need not comment on it.

PPM’s senate named Yameen as a candidate for the upcoming presidential elections on Sunday.

However, many have been commenting on the decision to dedicate the ticket without holding a primary.

Speaking about this to Sun, Abdul Raheem Abdulla (Adhurey) said that the ticket was done in accordance with the party regulations.

“There is nothing that will not be criticized. PPM’s regulations state that anyone who has completed a five-year term in office can contest the election. A primary need not to be held.”

When questioned about the running mate, Adhurey said that the decision will be made by President Yameen.

He went on to state that Yameen had been given the opportunity to choose a running mate from within the party.

Yameen had previously dodged questions from reporters regarding whether he planned on running in the 2023 elections.

In a press conference earlier this year, Yameen said he had many other things he was interested in and prioritized, ahead of thinking about the upcoming elections.

Yameen is currently on trial on money laundering and bribery charges in connection to the sale of V. Aarah and R. Fuggiri during his administration.

He will not qualify for the elections if he is convicted.

Sentencing in Aarah trial is scheduled for September.