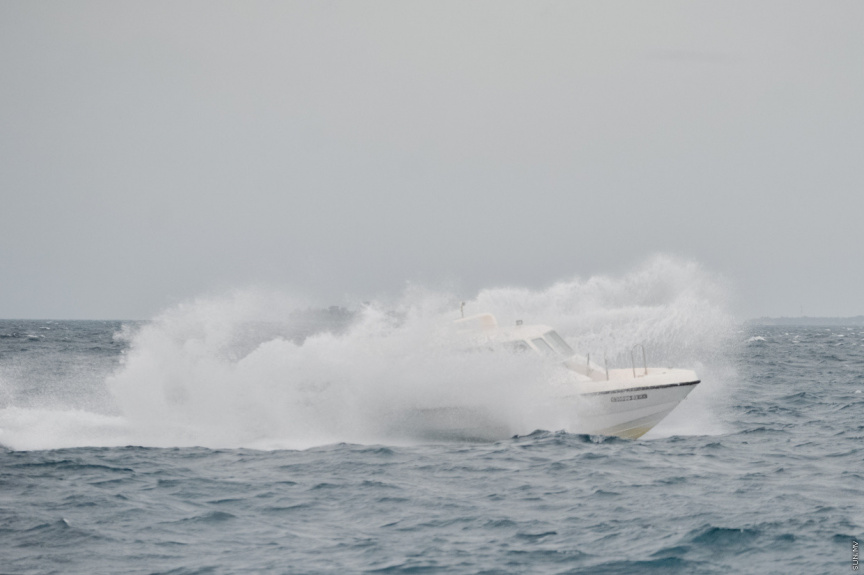 The yellow alert is effective from 12:00pm to 16:00pm on Sunday, for the area from Haa Alifu Atoll to Thaa Atoll.

During this time period – Met Office forecasts that the area will be affected by strong winds of 25 – 30 mph along with very rough seas.

Whilst yellow issue has been issued today – Met Office issued a statement on Saturday predicting strong winds, rough seas, and possible wave surges over the course of this week.

In this regard, Met Office noted that the southwest monsoon has become strong over Maldives – as a result of which widespread rain and thunderstorms is expected across the country over the next three days, especially in northern and central areas.

They also urged everyone, especially seafarers, to take caution over the weather.

Wave surges impacted many islands in the Maldives in early July – causing irrevocable losses. Approximately 350 homes were damaged due to flooding with over 60 families being relocated to temporary shelters.

MET office predicts stormy weather for the week ahead

'To see wave surges with less impact during high tide'