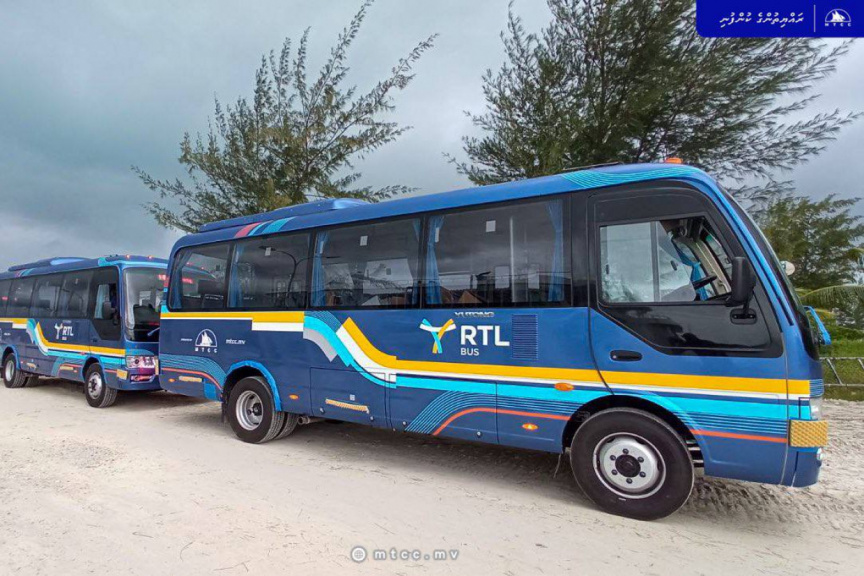 Maldives Transport and Contracting Company (MTCC), on Saturday, has stated that all mini buses dispatched to atolls have reached their final destination.

The shipment of 36 mini buses required to commence mini bus service in the Maldives arrived in the country in mid-July. This includes 12 buses for Male’ City and 24 buses for atolls.

From the 24 buses for atolls – 12 buses dispatched to Addu City arrived on Friday. Meanwhile, five buses dispatched to Fuvahmulah City arrived on Thursday. Two buses which will operate on Laamu Atoll’s mainland route and two buses which will operate on Isdhoo Kalhaidhoo route arrived at the respective islands on Thursday as well.

MTCC’s CEO Adam Azim has previously stated that the company is working to commence mini bus service within July. He stressed that lack of cooperation from Male’ City Council was delaying the launch of the service in Male' City.