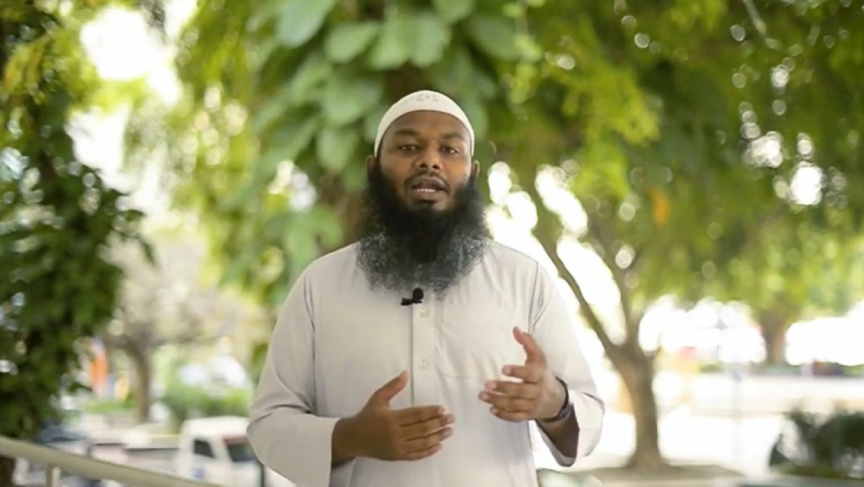 Religious scholar, Al-Sheikh Fazloon bin Mohamed who was arrested in connection to the mob attack on the event held at the national football stadium on June 21, to mark World Yoga Day, has been extended by 16 days.

Sheikh Fazloon was arrested on suspicions of involvement in the mob attack on June 21.

At a hearing held at Criminal Court this morning to make a decision on Fazloon’s remand – the judge granted him conditional release as per his lawyer.

The conditions set out by court included taking prior permit from the court if leaving abroad and cooperating with the police in their investigation.

Another religious scholar, Sheikh Adam Nishan bin Ali Adam who was also arrested in connection to the mob attack saw his remand extended by 16 days on Tuesday.

Police made a total of 21 arrests in connection to mob attack – although six suspects were released from custody on Monday.

A police spokesperson told Sun six of the suspects were released on Monday after completing necessary investigations. However, their identities were undisclosed.

On the day of attack, President Ibrahim Mohamed Solih, via a tweet, said that the perpetrators will be brought before justice.