Maldives-India to execute MoU for cooperation in judicial sector 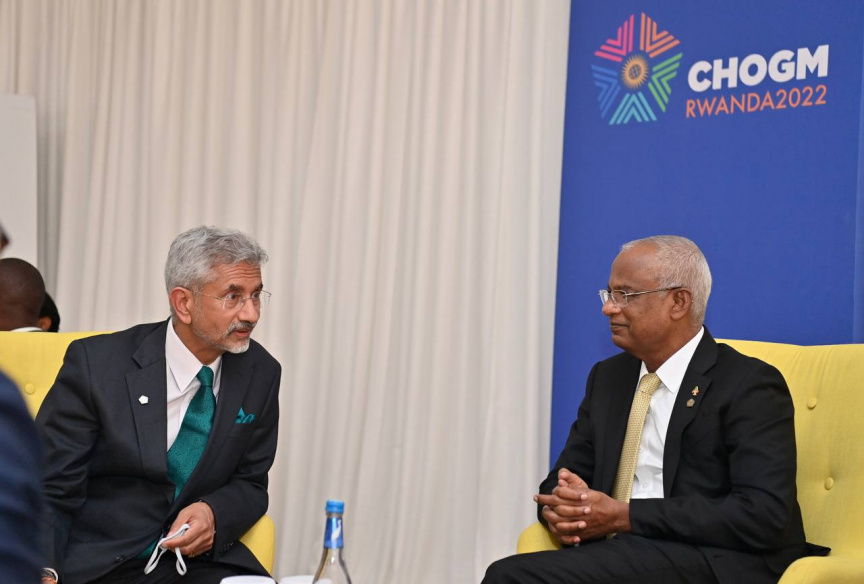 The governments of Maldives and India have decided to execute a Memorandum of Understanding (MoU) for mutual cooperation in the judicial sector.

Via a tweet on Wednesday, India’s External Affairs Minister Dr. S. Jaishankar announced the approval of India’s cabinet to execute the MoU for judicial cooperation between India and Maldives under its ‘Neighborhood First Policy’.

“In another reaffirmation of our #NeighbourhoodFirst policy, today the Cabinet approved signing of an MoU for Judicial Cooperation between India & Maldives,” the tweet read.

Minister Jaishankar said that the MoU will accelerate court digitalization and boost prospects for IT companies and start-ups in both countries.

Although it is unclear when the MoU will be signed – it is likely the signing will take place during President Ibrahim Mohamed Solih’s upcoming official visit to India.

Set to travel within the first week of August, President Solih will meet Prime Minister Narendra Modi and other senior officials and will discuss business and enhancing travel between Maldives and India during this trip.

He is expected to visit both New Delhi and Mumbai.