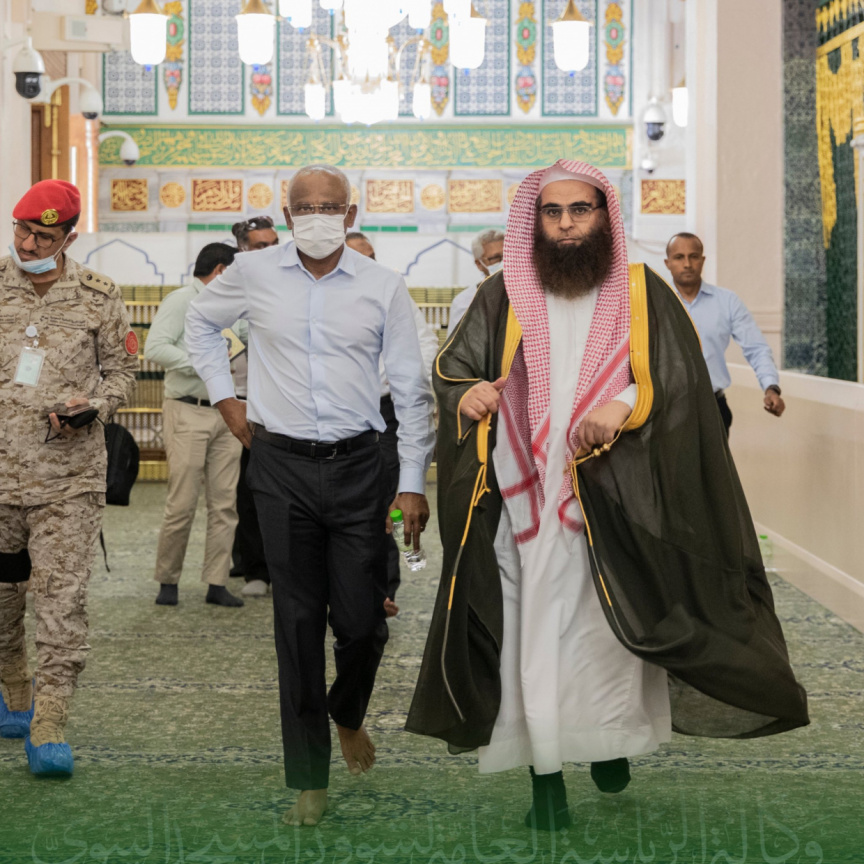 Earlier in the day President and First Lady Fazna Ahmed Arrived in Saudi Arabia to perform the Hajj pilgrimage this year.

During his visit, President Solih was welcomed by Assistant General President for the Affairs of the Prophet Mosque Dr Mohammed Al Khudairi.

The President was accompanied by Commissioner of Police Mohamed Hameed and the Chief of Staff at the President's Office Ali Zahir.

In an earlier statement, the President’s Office’s Spokesperson Mabrook Azeez told Sun that this was an unofficial trip being undertaken by the couple.

As per the calendar, the Hajj pilgrimage of this year will commence on July 8.

Saudi Arabia granted a quota for 453 Maldivian hajj pilgrims this year – the lowest quota granted to the country in years.

The last group of Maldivian pilgrims traveling to Makkah, Saudi Arabia departed on Saturday night. President Solih had met the pilgrims at Velana International Airport, to bid them farewell.