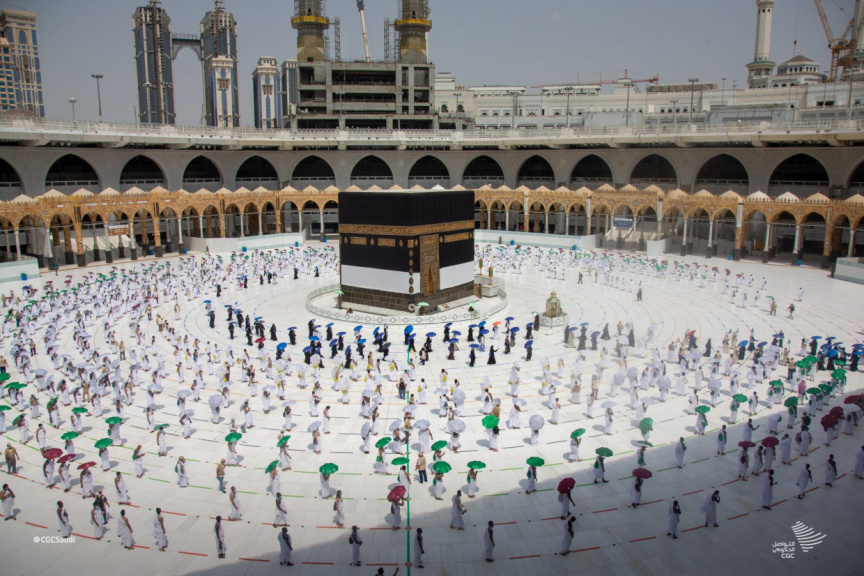 Saudi Arabia has announced that Maldives will be receiving 453 quotas for Hajj pilgrimage this year.

Via a tweet today, Saudi Arabia’s Ministry of Hajj and Umra had publicized a list detailing the quotas allocated to each country, specifying the number of pilgrims allowed from each one. As per the list, Maldives and the African country, Liberia, gets 453 quotas.

Sun has been unsuccessful in its efforts to obtain a comment from the Islamic Ministry on the matter.

This marks the year Maldives has received the lowest quota for Hajj pilgrimage. In previous years, Maldives received a quote of 1,000 – which was usually increased with special permit from the Saudi King.

Maldivians have not taken part in Hajj pilgrimage over the past two years due to the COVID-19 pandemic.

Saudi Arabia has earlier announced that it will be allowing one million people to perform Hajj this year.

However, the opportunity is only opened for individuals below the age of 65 that have been fully vaccinated against COVID-19, as approved by the Saudi Health Ministry. Pilgrims will be mandated to provide a PCR test negative result as well.

Last group from Maldives departing for Hajj on Saturday

Maldives will not be sending pilgrims for Hajj