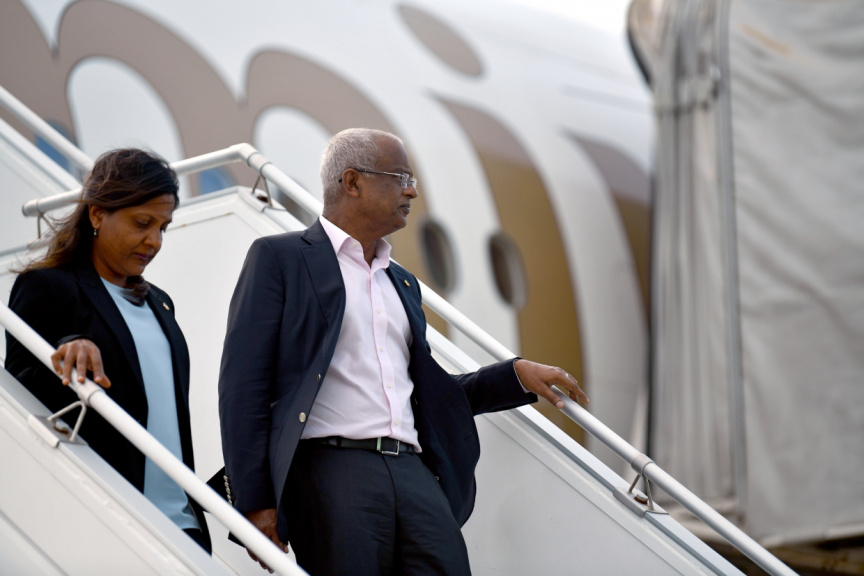 The President’s Office’s Spokesperson Mabrook Azeez told Sun that this was an unofficial trip being undertaken by the couple.

The first couple is set to depart from Maldives on Monday.

The last group of Maldivian pilgrims travelling to Makkah, Saudi Arabia had departed on Saturday night. President Solih had met the pilgrims at Velana International Airport, to bid them farewell.

Over 3K forms filed for land, flats for Male' residents