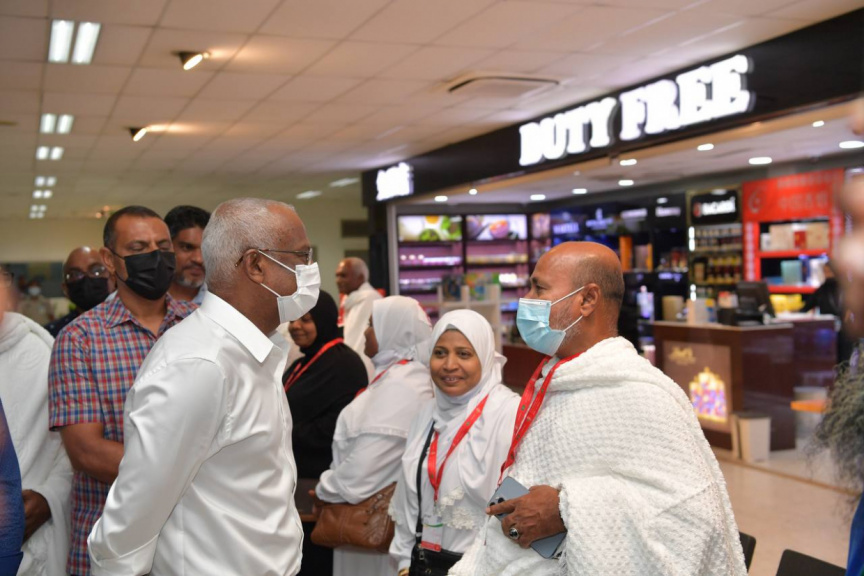 President Ibrahim Mohamed Solih, on Saturday, met and bid farewell to the last group of Maldivian pilgrims travelling to Makkah, Saudi Arabia, to perform the Hajj pilgrimage this year.

He met with 115 intending pilgrims at Velana International Airport on Saturday night, and inquired about their wellbeing.

Speaking with the intending pilgrims, the President advised following instructions of the officials accompanying them to avoid any incidents. He also assured that the government would closely monitor the situation during course of their pilgrimage.

President Solih wished the pilgrims wished them a "Mabroor Hajj" and a safe journey.

The President was joined by Islamic Minister Dr. Ahmed Zahir in seeing off the intending pilgrims. Minister Zahir is the Amir al-Hajj of the Maldives’ Hajj pilgrims for this year.

Maldives’ Hajj mission established at Saudi Arabia reports that pilgrims that had arrived so far were in good health.