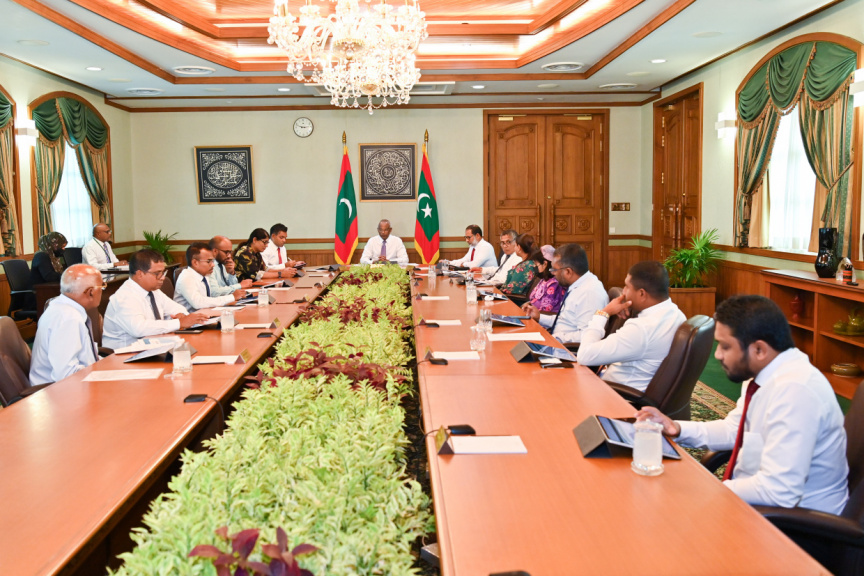 President Ibrahim Mohamed Solih, on Tuesday, has briefed his cabinet on the finding of the cabinet subcommittee investigating the mob attack on event held on June 21 at the National Stadium to mark the International Day of Yoga.

In the meeting held at President’s Office – the cabinet deliberated on current affairs including the mob attack on the yoga event; COVID-19 pandemic and the recently announced ‘Gedhoruveriya’ and ‘Binveriya’ housing schemes.

President Solih also briefed the ministers on his recent successful visit to Kigali, Rwanada, to partake in the 26th Commonwealth Heads of Government Meeting (CHOGM) 2022. CHOGM 2022 was the first such meeting since the Maldives’ re-accession to the alliance.

A total of 21 arrests were made in connection to this case including two religious scholars.

Qasim: Cant do much from outside without power